An email comes from the general counsel: your company has been sued by a customer who alleges that the company systematically overcharges sales tax.1 The complaint—the legal document that starts the lawsuit—contains multiple counts for various violations of state statutes and common law doctrines and demands damages, attorney’s fees, and costs and, maybe worst of all, requests class certification. The general counsel wants to meet in a few hours to discuss the allegations and next steps.

This article is a primer on what to do when you are served with a consumer class action complaint alleging the collection of excessive state taxes. The article focuses on the nuts and bolts of what a company must consider and act upon over the next few hours, days, and months. Although unique facts and circumstances drive each case, this article provides the foundation for defending against a state tax consumer class action.

Class action lawyers are known to be aggressive, and they see state tax as a new opportunity to score paydays by targeting large vendors. Additionally, a business has no guarantee it will not wind up receiving a consumer class action complaint just because it taxes every transaction consistently with published guidance, because consumers can challenge the government’s interpretation of tax law.2 Consequently, tax executives should know how to react if their company is served with a state tax consumer class action complaint.

A state tax class action is a lawsuit by a consumer against a retailer in which the consumer alleges that the retailer overcharged state tax to the consumer, and to other similarly situated consumers, in violation of state law. Although state tax class actions can include common law claims (such as unjust enrichment, fraud, or negligence), consumers generally plead a violation of a state’s consumer protection statutes. These statutes often provide for remedies not allowed for under common law actions, such as punitive damages, statutory damages, and attorney’s fees.

What Is a Class Action?

A class action allows one or more persons to bring a lawsuit on a representative basis on behalf of a group of similarly situated people. Although class actions can be complex and costly to defend, they do provide a major benefit to defendants: once a class action is resolved, the outcome binds the entire class, and no member of the class can bring a similar claim against the defendant. Due to the binding effect of a class action, the proposed class must receive approval from a court in a process known as “class certification.” Class certification ensures the adequate protection of the interests of the entire class. Until a court certifies a class, the case is referred to as a “putative class action.”

For the court to certify a class, a plaintiff must establish four characteristics: numerosity (that “the class is so numerous that joinder of all members is impracticable”); commonality (that “there are questions of law or fact common to the class”); typicality (that “the claims or defenses of the representative parties are typical of the claims or defenses of the class”); and adequacy (that “the representative parties will fairly and adequately protect the interests of the class”).3 If a plaintiff cannot prove any one of these four elements, then a court likely cannot certify a class. Defeating class certification can be a major win for the defendant, because plaintiffs’ lawyers may not want to proceed on a nonclass basis. Accordingly, an important initial consideration when you are served with a class action complaint is whether there is basis for defeating class certification. The typical arguments against class certification are that the facts, claims, or damages of the persons within the proposed class are insufficiently similar.

What Are Consumer Protection Laws?

The Importance of Damages

Understanding damages is key to defending against a state tax class action. Plaintiffs’ lawyers favor consumer class actions because they can collect significant fees for securing compensation for the class. To this end, state tax consumer class actions typically include demands for punitive damages (damages awarded to punish the vendor), statutory damages (damages awarded pursuant to a statute and intended to be compensatory), and attorney’s fees (ordering the retailer to pay the plaintiffs’ counsel’s fees and costs). Based on this cocktail of potential damages and fees, even a relatively small claim for damages spread out over a large class of consumers can add up to a substantial amount of money, a percentage of which will likely be paid to the class lawyers.

An important initial step if you are served with a state tax class action complaint is to maintain potential evidence. Once a plaintiff files a complaint, the defendant must preserve evidence. Failure to comply with the duty to preserve evidence can result in an adverse inference against
the defendant.4 Your company’s tax department is likely to have much of the evidence required for a state tax consumer class action. Accordingly, the tax department should be prepared to explain
1) what data the tax department maintains, 2) where the tax department stores its data, 3) how the tax department’s systems interact with other systems (such as point-of-sale and ERP systems), and 4) retention policies. A document retention letter is commonly circulated to all company personnel identified as likely to have documents (including electronically stored information) that may be relevant to the allegations raised in the complaint.

The United States legal system has two separate court systems: state courts and federal courts. State courts are typically courts of general jurisdiction, which means they can hear many different kinds of cases, whereas federal courts are courts of limited jurisdiction, which means they can hear only cases authorized by the US Constitution or Congress.5 Whether a case is heard in state or federal court can significantly affect how quickly and efficiently a state tax consumer class action is resolved. As a general rule of thumb in consumer class actions, defendants generally prefer federal court, whereas plaintiffs generally prefer state court.

Are There Defenses Against a State Tax Consumer Class Action?

At the outset of a case, a defendant should consider potential defenses to the allegations raised in the complaint. If there is a clear defense, it may be worth raising this defense informally with plaintiffs’ counsel. Plaintiffs’ counsel are sometimes willing to cut their losses early by voluntarily dismissing a complaint if they realize they were misinformed about the facts or the law when the complaint was filed.

Filing a motion to dismiss can also provide a defendant with an early opportunity to present its defenses before incurring the costs of discovery and class certification. Below are a few of the defenses that may be raised in a motion to dismiss a state tax consumer class action:

Although the above defenses may be viable once a state tax consumer class action is filed, avoiding lawsuits through regular compliance reviews is the best way to minimize a company’s risks and costs. Retailers should regularly review their tax determinations and tax software engine elections and default logic to ensure that they are complying with state law on tax collection. Retailers may benefit from involving outside advisors in this process to help evaluate their risks and possibly to support a defense against a lawsuit alleging income tax collection.

It is almost never too early to start thinking about settlement in a state tax consumer class action. A few factors to consider when evaluating whether to settle are the merits of any potential defenses, the scope of potential exposure, and the expected cost of litigation. Even if a company has a strong defense, a settlement could still be cheaper, quicker, and less risky than litigation.

The second option is to reach a class settlement. Class settlements bind all class members, but they require court approval, can be expensive to administer, and can result in negative publicity. A variation of a class settlement is for the defendant to file a claim for a tax refund with the state and assign its rights to the refund to the class.17 Filing and assigning a tax refund reduces the defendant’s out-of-pocket costs, shifts a portion of the defendant’s risk onto the class, and allows the defendant to receive a definitive answer on taxability that can guide its future conduct. However, this option does have potential downsides, including the need for extensive cooperation between the parties, and the refund process can delay final resolution of the case.

If you have just been served with a state tax class action, there is no need to panic. Although being sued is far from pleasant, you now have the tools at hand to prepare your defense. Take a few deep breaths, start gathering your facts, and get ready to make some important strategic decisions. 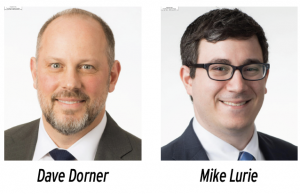 Dave Dorner is a partner and Mike Lurie is counsel at Reed Smith LLP.