KPMG regularly compiles data on corporate tax rates around the world and organizes that data for its customers and member firms. The company recently shared data from the past ten years highlighting corporate tax rates organized by country, continent, and demographic or political region (such as Latin America, the European Union, or the Organisation for Economic Co-operation and Development). That data, which KPMG notes is checked regularly by its member firms, is purely for informational purposes, but it provides an overarching view of how rates have evolved in different areas of the world over the past decade.

The mean average for each continent is calculated based on the averages of all jurisdictions included within that continent. Perhaps the most notable takeaway is that no continent’s average tax rate has increased over the past decade, with the global average following suit at a relatively steady but slow decline.

See the difference a decade makes below. Visit home.kpmg/xx/en/home/services/tax/tax-tools-and-resources/tax-rates-online/corporate-tax-rates-table.html to sift through the numbers and gain a more thorough, global understanding of corporate tax rates. 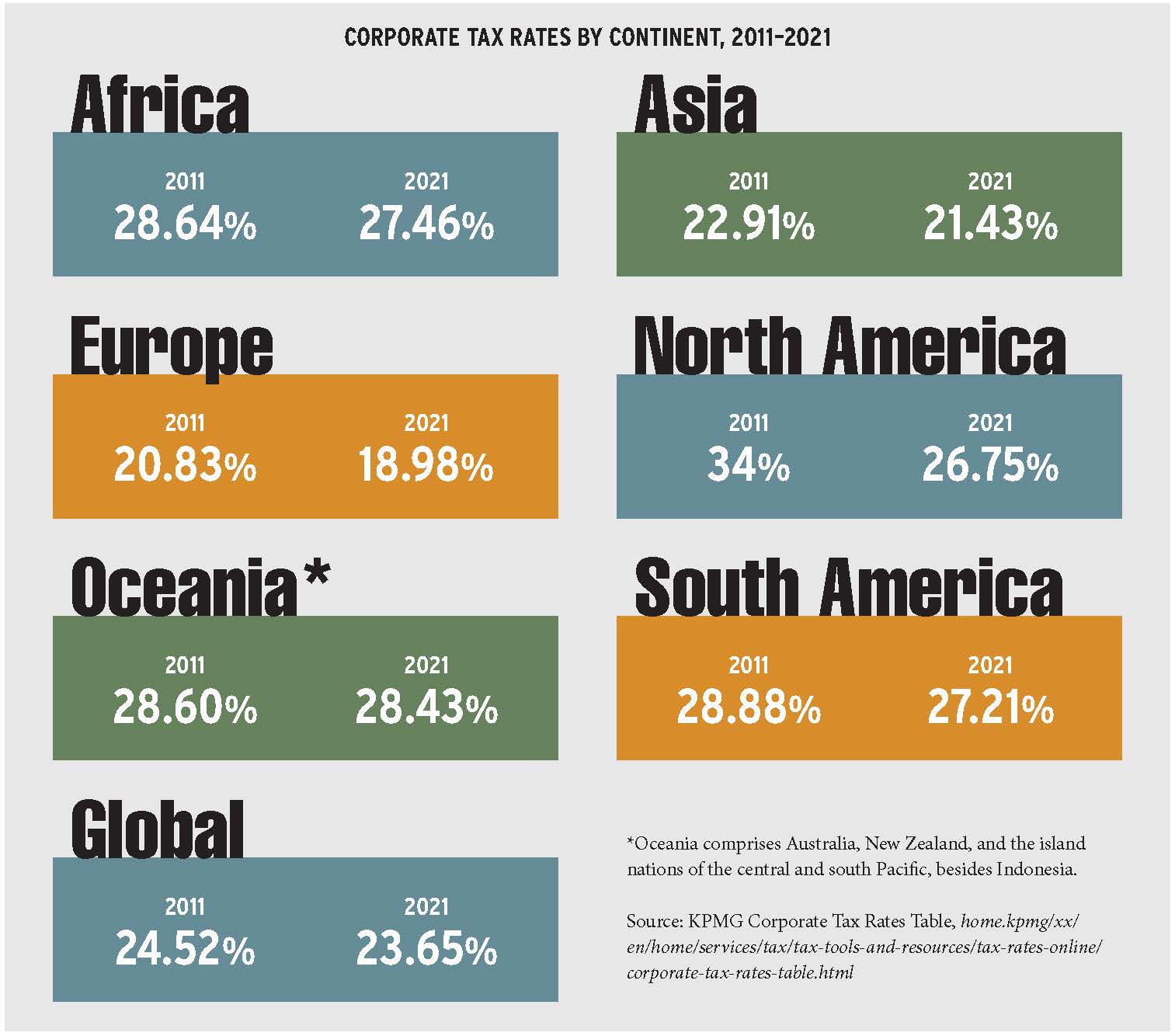