With the recent signing of new tax reform legislation in the United States and its implications sweeping through in-house tax offices—not to mention the entire nation—it’s easy to lose sight of how we got to this point. Taxation in the United States has been controversial since before the country’s independence, the height being the British Parliament’s tea tax in 1773. And if you paid proper attention in high-school civics, you would know that that legislation led to the Boston Tea Party, a catalyst for the American Revolution. Since then, there have been myriad adjustments to the tax system in the United States, perpetuating a never-ending economic and political debate. Here is a brief rundown of some other important events in U.S. tax history: 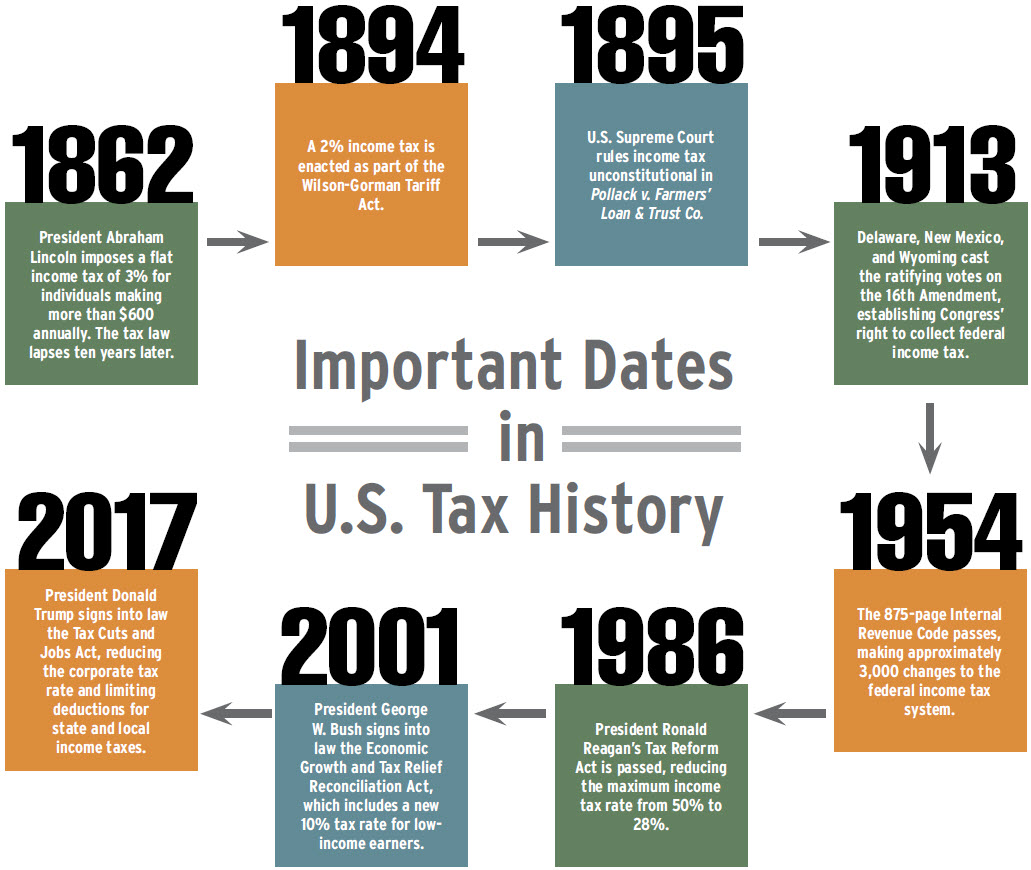