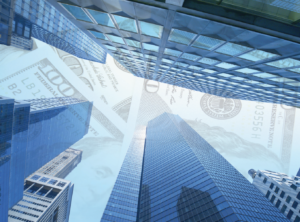 It’s no revelation that I think state corporate income taxes are ineffective and inefficient ways to raise revenue. For a wide variety of reasons, taxes on corporate profits don’t work all that well. Many defend corporate levies in the belief that corporations use services and should pay. But this benefits tax argument is belied by the ascendancy of single sales factor apportionment formulas. The same fallacies typify the argument that corporate taxes are progressive (they are not) or that they don’t burden business (they do). Still, professional corporate tax folks valiantly try to “save” shrinking tax by combined reporting, tax haven rules, and complaining about incentives.

But the most nefarious attempt to shore up the tax is the use of throwback rules. Throwback rules are simple. If a corporation sells products and services into a state that doesn’t tax them, the receipts are counted, for apportionment purposes, in the state where they originated. So, if you are a corporation in State X selling into Wyoming (which has no corporate income tax), those sales are “thrown back” and counted in the sales numerator for State X. Essentially, all things being equal, your tax bill will go up in State X. The throwback rule applies if you are part of a unitary business selling into a state that will not impose a corporate income tax. It also applies to sales made into states where a business enjoys the protections of Public Law 86-272 (a.k.a. the Interstate Income Act of 1959). As practitioners know, a state cannot impose an income tax on a corporation if it merely solicits orders for tangible personal property. But no matter the reason, throwback states pretend the sale occurred in the state where the sale originated.

Why would twenty-seven states sign on to such a rule? The rationale for throwback rules is that they are needed to prevent dreaded “nowhere income”—profits that completely escape tax. You often hear the adage that a sound corporate tax system avoids both double taxation and nowhere income. But the injunction against nowhere income is silly. Some states like Wyoming and South Dakota expressly choose not to tax corporate income. That is a political choice made by the people of those states. All corporate income in Wyoming and South Dakota is nowhere income. It’s simply income that the state where the economic activity occurs chooses not to tax. There are people righteously indignant at the thought of a corporation not paying taxes. But I cannot fathom how, say, Idaho would have a claim to tax profits earned in Nevada. Apportionment formulas are supposed to divvy up tax burdens according to where the economic activity contributing to the profits took place. If that is true, throwback rules are a lie. Throwback rules pretend that activity occurs in the origin state—when by definition it doesn’t.

Proponents of throwback rules are motivated by a commitment to make corporations, well, pay. Those proponents often confuse and conflate aggressive tax planning with normal business operations. During New Jersey’s throwback debacle, more than one person told me that without the throwback rule, companies will go crazy setting up Delaware holding companies or begin hiding cash in the Cayman Islands. If you have ever seen a puppy tilt its head in puzzlement, that was me.

But more puzzling is that throwback rules have lingered at a time when states have been moving to single sales factor apportionment formulas. The idea behind those formulas is that in-state corporations have no disincentive to invest and hire. That is, their tax burden does not go up when they buy equipment, build a factory, or hire people. The only thing that will increase their state tax is more sales in the state. Some very well-known and respected scholars have found that throwback rules deter investment, the exact opposite of what single sales factor apportionment formulas are intended to do.

For example, assume that you are an Illinois corporation that sells all of its products out of state. Some products are sold in states that don’t or can’t tax income. But, because of choices made by politicians in Cheyenne, Wyoming, or Washington, D.C., your Illinois tax bill will increase. And I am sure you will understand that when the Illinois legislature said you would be taxed only on sales in Illinois, it didn’t mean that literally. Take this to a not-so-extreme example—an Illinois company that sells all of its products out of state and is completely protected by P.L. 86-272. One hundred percent of that company’s profits would be taxable in Illinois. The economic/tax policy reason for doing this is that the corporation must pay somewhere. But that is not a very good reason.

David Brunori is a regular contributor to Thomson Reuters Checkpoint: State & Local Tax news. He is a partner at Quarles & Brady and a professor at George Washington University. The views expressed in this article are his own and should not be construed otherwise or as legal advice.