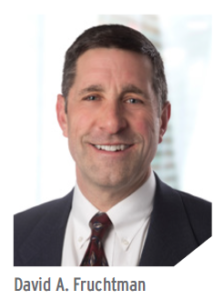 In South Dakota v. Wayfair, Inc.,1 the U.S. Supreme Court cleared a path for states to impose sales and use tax collection and remittance obligations on out-of-state businesses lacking physical presence within the state. Notably, the Court’s decision applies to all subnational transaction taxes. Moreover, in the decision the Court manifested its loss of patience with Congressional inaction relating to the tax treatment of remote vendors. The Court did so by permitting states to impose such collection obligations on remote sellers of both services and goods. (All litigants in Wayfair sold goods, and the Court could have chosen to limit its holding to similar vendors. Instead, the Court applied its reasoning broadly, which might be the surest method for inducing action by Congress.)

Question: Is it likely that states will impose transaction taxes on a broad range of services?

Answer: In a word, yes. In the five years before Wayfair, ten states and think tanks proposed expanding specific states’ sales taxes to a broad range of services through, in some states, the introduction of legislative bills or gubernatorial budget proposals. In those five years, imposing sales taxes on a broad range of services was proposed for California, Illinois, Indiana, Kentucky, Georgia, Pennsylvania, New York, New Jersey, Connecticut, and Vermont.

Significantly, for fiscal year 2016, the California State Board of Equalization estimated that imposing the state’s sales taxes on services would raise $122 billion in tax revenue. This was some fifteen to thirty percent of all sales taxes collected by all states for that year. Although states other than California will experience smaller revenue boosts from taxing services, the potential increases in the amount of taxes collected will prove impossible for state legislators to ignore. Unsurprisingly, after Wayfair, expansions of sales taxes to services have been proposed in additional jurisdictions, most recently in Chicago (on legal services).

Economists and academics have long advocated broadening the sales tax base. The crux of their argument is straightforward: there is no sound doctrinal reason for limiting sales taxes to retail sales of goods. (More about this below.) And it is certain that state legislatures will have no difficulty obtaining testimony from advocates of such expansion. Therefore, considering the 1) enormous potential increase in tax revenue from including a broad range of services in the sales tax base; 2) support from expert testimony; and 3) Wayfair’s approval of states requiring remote businesses to collect taxes, legislators will need exceptional discipline to resist the pressure for such expansion.

As stated above, the impact of Wayfair’s holding is not limited to state sales and use taxes. Rather, the holding applies to all transaction taxes imposed by subnational taxing authorities.

Before Wayfair was decided, a group of taxpayers challenged Chicago’s amusement tax, including in that challenge an objection based upon an alleged violation of the U.S. Constitution’s Commerce Clause (the clause that was the subject of Wayfair). An Illinois circuit court ruled against the taxpayers on all counts, including on the Commerce Clause issue. The taxpayers appealed but, because the appeal was filed after Wayfair, they abandoned their Commerce Clause argument that the City of Chicago could not tax remote service providers.

Of those two proposed taxes on financial activities, New York State’s stock transfer tax has fewer hurdles to clear, because the tax already exists. However, for peculiar reasons, the tax has a zero percent effective rate, as it is fully refunded to taxpayers who comply with mandated procedures. Therefore, to really impose the tax, it appears that New York State’s legislature needs only to remove the rebate language from the state’s statutes or reduce the amount of tax rebated. In the words of the Fiscal Policy Institute in its study, New York State Economic and Fiscal Outlook 2018-2019:

billion-dollar ($13.8 billion per year) Stock Transfer Tax, but it is currently fully rebated back to the brokers. It is possible to exempt small investors while imposing a negligible transfer tax on high-frequency and high-dollar trades. Rebating 60 percent of the tax, rather than the full 100 percent[,] could raise $5.5 billion per year.

The rearming of New York’s stock transfer tax has the support of a Brooklyn city councilman who was (and, likely, will be again) a candidate for the New York City position of public advocate—the official next-in-line if the city’s mayor is unable to serve. That councilman, who placed sixth in a field of seventeen in a February 2019 special election, proposed using the tax to fund much-needed repairs to the city’s subway system and public housing. One does not need to look far into the future to anticipate that reimposing this tax is a first step to shifting the burden to remote parties (i.e., nonvoters) to the greatest extent possible.

An Illinois financial transactions tax (the LaSalle Street tax) has been proposed repeatedly, most recently in a bill introduced in the state legislature on February 7, 2019. For now, the bill does not seem to be more than a framework for a tax, but those involved in financial trading in Illinois will want to monitor this and similar proposals. And, as mentioned above, if the tax comes into effect there will be pressure to impose it on remote businesses to the greatest extent possible.

Question: Have any states attempted to impose transaction taxes on a broad range of services?

Answer: Yes. Currently, Hawaii and New Mexico impose transaction tax on a broad range of services. South Dakota includes sales of a broad range of services in its sales tax, but also provides a broad range of exemptions. Washington State imposes its business and occupation tax on a broad range of activities. However, attempts to impose such taxes by states with much larger populations and economies have failed. For example, beginning in July 1987, Florida imposed a five percent tax on services. The tax was repealed less than six months later. And Massachusetts attempted to tax services effective March 6, 1991. That tax was repealed two days later, retroactive to March 6.

Question: What are some complications with broad-based transaction taxes?

Defining the service. It is easy for states to prepare a long list of services. However, if the tax bases or tax rates are determined differently for different types of services, it is essential to define each service accurately, and to know where one type of service ends and another begins. This is not easy. One recent example of the difficulty of doing so involves a large law firm that provided tax advice to a client but was considered to be providing nonlegal services. (The issue, part of a long-running dispute in the federal court system, is currently on appeal.) Moreover, when the American Bar Association compiled the states’ varying definitions of the practice of law, the result was a thirty-one-page document. In such an environment, it is very difficult for any state or taxpayer to know what is being taxed.

Another recent example involves the Ohio Supreme Court’s attempt to define “employment service.” And unregulated services provide even more issues. For example, which activities come under the umbrella of an “interior design service”? Certainly, well-intentioned parties can reach different conclusions.

Avoiding pyramiding is possible when business-to-business transactions are exempted from the tax. This is the “purchase for resale” treatment permitted under a sales tax if goods are purchased to be resold as is or for incorporation into another item that will be subject to sales tax when sold.

But obtaining this treatment for services is not easy, and this is where economists’ and academics’ desire to expand sales taxes to a broad range of services falters. As a political matter, it is difficult for politicians to enact a tax that exempts purchases of services when made by businesses but then taxes the same purchase when made by consumers.

Consider the following. State X imposes a six percent sales tax on tax compliance services provided by a CPA firm. An individual receives $5,000 in such services from a CPA and receives a total bill (including applicable taxes) of $5,300. However, a corporation receives $5,000 in such services from the same CPA but receives a bill of $5,000 because it is using those services to manufacture or sell its own goods or services. As a political matter, it is difficult for a legislator to support taxing individuals (i.e., voters) while not taxing businesses (i.e., nonvoters) on the same transaction. And the optics become worse when the corporation in the example above has to purchase a variety of CPA tax compliance services (payroll tax compliance, sales tax compliance, and more), receives a much larger bill (say, $100,000), but pays no sales tax.

Of course, a similar inequality is already a part of the sales tax. To wit, a business purchasing $50,000 in beads to make jewelry can provide a resale certificate to the vendor and make the purchase without owing any sales tax. But a parent purchasing $50 of the same beads for a child’s birthday party must pay sales tax on that purchase. However, this disparity does not now present difficulties for politicians, because the sales tax on goods and its mechanics are so well established. By definition, this is not true for an expansion of sales taxes to services.

Furthermore, although there should be little disagreement over what a “bead” is, there will be much greater disagreement over what constitutes a “tax compliance” service. So, if there are differences in the taxation of types of services (rates, taxability, etc.), the unequal treatment between businesses and individuals might become even more politically difficult.

For sales tax purposes, in which state or states should the service (tax advice) be taxable?

These are only a sampling of the problems confronting states that seek to impose sales taxes on a broad base of services.

Question: Are the difficulties of imposing and administering transaction taxes on services significant enough to prevent states from imposing such taxes?

Answer: This seems doubtful. It seems more likely that states will extend their transaction taxes to cover a broad range of services. As a consequence, taxpayers and revenue department officials are going to be left with a hornet’s nest of problems, sometimes addressed by working cooperatively and sometimes addressed through litigation.

David A. Fruchtman is a partner at Steptoe & Johnson and co-chair of the firm’s national state and local tax practice. Fruchtman filed an amicus brief with the U.S. Supreme Court in South Dakota v. Wayfair, Inc., 585 U.S. __, 138 S. Ct. 2080 (2018), alerting the Court to the impending expansion of state sales and use taxes to a broad range of services and to the hazards of allowing states to impose these tax obligations on remote service providers. Fruchtman urged the Court to limit any reversal of the law to vendors of goods. The amicus brief is available on the Supreme Court’s website.