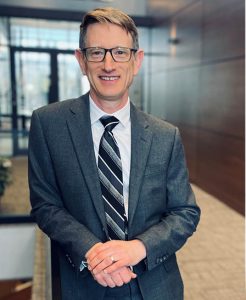 Steve Saunders gained an appreciation of the complexity of tax early in his career as a CPA. Here’s how he explains it: “I assumed tax was fairly prescriptive and predictable. As my work became more complex, I gained an appreciation for the nonlinear thinking that is so necessary to being a tax practitioner. There’s rarely a clear answer, and navigating those areas of uncertainty energizes me. I also enjoyed writing, which is a critical skill for communicating complex scenarios to an audience of laypeople.”

Saunders, now director, taxation, at ATCO Ltd., notes that a tax career is a constant learning experience. “Throughout my previous roles,” he says, “I’ve discovered that when practicing in industry, becoming an expert in multiple areas of tax is a bit of a fool’s errand. The most important thing you take from the journey is learning where to look for answers and who to rely on when you need help. For those reasons, it’s critical to surround yourself with a strong team, including within your organization and with third-party providers.”

The Attraction of ATCO

Saunders was drawn to working at ATCO for a variety of reasons. “ATCO is a diversified company that supports the energy and essential services industries in Canada, the US, Australia, Chile, Mexico, Puerto Rico, and other jurisdictions in a variety of different businesses,” he explains. “The many different ‘clients’ within ATCO experience a wide range of issues that keep my team and me on our toes. I was attracted by the wide scope of domestic and international tax issues and the very strong local roots. I love that ATCO grew from humble beginnings and has always been headquartered right here in Calgary. We are celebrating our seventy-fifth anniversary this year.”

The most interesting tax issue he has worked on in his career? “There are too many tied at the top,” he says. “I love reorganization work, whether it is internal or involves an acquisition or disposition. In one of my previous roles, I worked on the split-up of a large public company into five separate ones. At the time, it was the largest of its kind in Canadian history. ATCO recently sold its nonrenewable power generation business, which was endlessly complicated—in other words, fun!”

Saunders is unhesitating about the impact of TEI. “To me, TEI means networking, collaboration, and learning,” he says. “In my roles with the Calgary Chapter and the Canadian Income Tax Committee, I have met an extraordinary group of talented and like-minded people whose collective goals are to educate our profession and to make sure that our governments hear the concerns of large Canadian taxpayers. The personal and professional connections I’ve made within our membership and at Canada Revenue Agency and the Department of Finance would only have been possible with TEI. TEI really makes a difference, and I love being a part of that.”

As far as his greatest accomplishment is concerned, Saunders turns to family: “It’s probably navigating the rough seas of parenthood with my wife Jody and seeing our kids Jack and Ian off to university in one piece! Other than that, I’ve become a passionate runner and have completed a few marathons, managing to run one in [two hours and fifty-four minutes] at age fifty.”

Things to Know About Steve Saunders