The state corporate income tax implications of e-commerce are largely uncertain for multistate corporations making sales without a physical footprint. “Pure” e-commerce transactions constitute an ever-growing segment of the economy and include, for example, sales of cloud computing services; access to streaming content; music, video, and software downloads; online educational services; and online research services. Amid all the focus on the sales and use tax implications of pure e-commerce sales, few states have addressed the treatment of these transactions for corporate income tax purposes. The trend continues in 2017. Here we discuss some recent developments affecting the unique nexus and apportionment challenges that sales of digital goods and services present for multistate taxpayers, along with the results of a detailed survey on these issues that we sent to state taxing agencies.

Increasingly, states have codified “economic nexus” laws asserting jurisdiction to impose corporate income tax based on the amount of sales, property, or payroll in the state. These laws, being tied in part to an amount or percentage of sales, could sweep in sales of pure e-commerce goods and services to customers or end users in the state. The constitutionality of economic nexus claims is uncertain, but so far the Supreme Court has denied certiorari in cases involving challenges to the concept.

In early 2017, a Colorado district court held that physical presence is “not required to create a substantial nexus for state income tax purposes.”1 Conversely, in 2016 the South Carolina Department of Revenue issued a Revenue Ruling establishing its position that nexus does not arise merely because an out-of-state corporation sells access to its software to a South Carolina customer and has, at the same time, a substantial number of customers with billing addresses in the state or a substantial amount of revenue from customers in the state or owns an internet server in the state.2 The Virginia Department of Taxation also ruled in 2016 that an out-of-state corporation’s purchase of cloud computing services for resale would not, in and of itself, create nexus, but noted that the corporation’s relationship with a Virginia software developer could create nexus and reminded the corporation to examine its apportionment factors carefully.3

States continued to embrace market-based sourcing for sales other than sales of tangible personal property, with Oregon and Montana adopting market-based sourcing frameworks for tax years beginning on or after January 1, 2018.4 Although the overall trend is consistent, there are key differences in how each state determines the location of a taxpayer’s market. For example, some states look to the location where the benefit of a service is received and others look to the location where a service or license is used. Even as states welcome new apportionment formulas and sourcing methods, a minority of states directly address the classification and sourcing of pure e-commerce sales. In 2017, Connecticut issued comprehensive sourcing guidance in the form of a Special Notice.5 As with the market-based sourcing regulations promulgated in Massachusetts and Tennessee in recent years, the Special Notice places significant weight on the contract governing the transaction, the taxpayer’s books and records, and a nebulous “reasonable approximation” standard.

There is also uncertainty over the sourcing of electronically delivered services in states that use the cost-of-performance sourcing method. Indiana continued to apply a narrow definition of “income-producing activity” to the provision of online educational services in 2017, ruling that the income-producing activity occurred only at the location of the student purchasing the services and did not include the taxpayer’s course development and production activities.6 The Oregon Tax Court, in contrast, determined that the work of the taxpayer’s course development team and provision of an online course platform were components of the taxpayer’s “income-producing activity” but that the costs of performing these activities were not “direct costs,” since the taxpayer failed to present evidence of any incremental cost associated with the sale of a single course section.7

Even in states that have attempted to address the corporate income tax issues raised by digital products and electronic delivery, substantial questions remain. These issues will likely be the subject of litigation in coming years, particularly as additional states adopt new—and constitutionally untested—market-based sourcing and economic nexus provisions.

To assist practitioners in ascertaining their exposure through pure e-commerce transactions, Thomson Reuters Checkpoint Catalyst sent a detailed survey to each state taxing agency. The survey identified a large cross-section of pure e-commerce transactions and encouraged states to indicate the nexus and apportionment consequences of engaging in each transaction. Nineteen states completed the survey, including California, Florida, Georgia, and Tennessee. Given the widespread lack of statutory and regulatory guidance, many responding states repeatedly stressed the importance of the particular facts and circumstances in making nexus and apportionment determinations. A few responding states, such as New Jersey, indicated that pure e-commerce transactions alone will not create nexus, but overall the survey results underscore the uncertainty in this area, even among those tasked with administering the tax.

As states balk at adopting bright-line sourcing rules and place increasing weight on the facts and circumstances of each transaction, practitioners advising pure e-commerce sellers must take extra care in reviewing contract language and developing best practices to minimize nexus and apportionment risks. 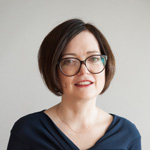 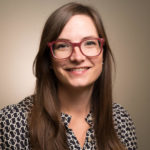