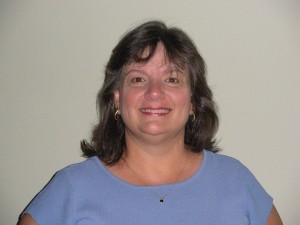 Rita Makaris’ memory of her college tax course is vivid—and not particularly positive:

“All I remember was how frustrating it was—nothing but rules with exceptions and exceptions to the exceptions.”

It didn’t take long for her to be bitten by the tax bug. She first became interested in the field only two years out of school while working in the corporate accounting department at RR Donnelley. “It was my job to help set up new entity accounting, and, at the time, the tax function was creating new, special-purpose companies. I sat in on some of the planning, and it piqued my interest,” she explains.

Her interest in tax law hasn’t diminished through time. “In the last few years I have been involved in more international tax research than I had in the past and am really enjoying it. While I am researching similar issues in different jurisdictions, the results are so varied that it doesn’t get stale,” she says.

Makaris’ RR Donnelley experience was extremely significant in her career path. “I worked for twenty years for RR Donnelley—my first employer out of college. I learned the most at that company because I sort of ‘grew up’ there. The leadership in the tax department was great at teaching me the technical aspects of tax, but more importantly, about how to deal with people—auditors, co-workers, and consultants—in a professional, friendly, and respectful manner. I cannot say enough what an absolutely fabulous group of people they were, and I am happy to say I am still in touch with many of them on both a personal and professional level,” she says. It was at Donnelley that Makaris won the company’s President’s Award for a tax-savings idea on the treatment of pre-opening costs.

At her other two employers prior to Skidmore, Makaris was hired into newly minted tax director positions to create a department after a spin-off and a split-off. “In those two instances, I learned that you need to have a great mix of external and internal resources to get the best tax results,” she says.

“I once had a federal excise tax auditor try to apply the principles of transfer pricing to a private aircraft usage issue. We had to take that to appeals to get it resolved.”

Makaris also learned that not everything is clear-cut in tax law. Here’s how she explains one of the niche’s most problematic areas: “Generally these types of things center around dealing with an auditor’s creative interpretation of the facts or the law surrounding an issue. It’s funny how auditors accuse taxpayers of aggressive positions, but I have found an equal number of aggressive auditors stretching the boundaries as well. I once had a federal excise tax auditor try to apply the principles of transfer pricing to a private aircraft usage issue. We had to take that to appeals to get it resolved.”

Makaris is proud of her membership in TEI. “I really like working with all of the people that I have met at TEI. What a great group of intelligent and helpful folks, at both the chapter and national level,” she says. “What I know for sure is that the rewards come from being involved. I have been a member of other organizations in the past but was never as involved in the planning and management of them, and truly, you get way more out of organizations like this than what you give. Not only have I found a great network of people that I can reach out to for help, but I feel like I have been a help to other members as well, and that has its own set of very different rewards.”

The area of tax is being transformed by technology, and Makaris has been right in the middle of that transformation. “Looking back on my career, I think I have spent a fair amount of time on automation. I don’t consider myself great at technology, but I do believe that it holds the key to making so much of our jobs easier,” she explains.

At a couple of companies, Makaris integrated the fixed assets system from a stand-alone to one that interacted with the accounting systems. She also helped to create an intranet data collection tool at RR Donnelley that allowed division accountants to input data directly into consolidated spreadsheets instead of sending in Excel files that had to be rekeyed. “The biggest obstacles to all of these things are less about the technology and more about getting people to embrace the change and accept that what you are proposing will work the same or better than the old system,” she says.

For kicks, Makaris turns to sports—and she’s totally in. She shares a season ticket package to the Chicago White Sox (“as painful as that has been the past few years”) and is a big hockey fan (“especially following the world-champion [Chicago] Blackhawks”). “When I’m not a spectator, I do enjoy playing golf and in the winter months I’m in a Friday night bowling league, which is a great way to relax and have fun at the end of a long week,” she adds.

Makaris also enjoys reading. “I read a lot of Michael Connelly and Lee Child. I am also a lifelong fan of Stephen King. I read The Shining as a young girl and was hooked from then on. I have to admit, however, that his books have been the cause of a couple of restless nights for me,” she says.

Better to have restless night from reading Stephen King than dealing with problematic tax issues, right?