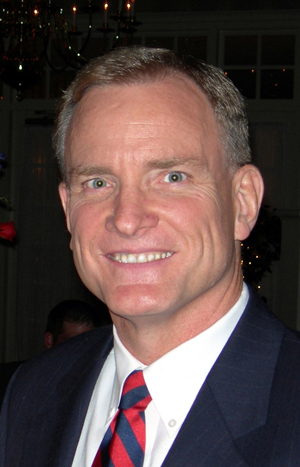 Rick Frost is a fan of controversy. Well, not any controversy—tax controversy, to be exact. “Negotiating a win-win settlement that benefits the company and creates a platform for future success is very satisfying,” Frost says.

Frost, currently vice president, tax, at Prudential Financial Inc., first became interested in tax issues when he worked at Arthur Young & Company in New York City as a college intern. “I wanted an audit internship, but the only internship available was in tax. I quickly discovered that tax offered far more opportunity to help our clients save money,” he explains.

After Arthur Young, Frost landed at Capital Cities/ABC. Here’s how he describes his tenure there: “Working at Capital Cities Communications and our acquisition of the ABC television network provided a great experience that helped me the rest of my career. We had a very small corporate office, and everyone wore many hats. While the hours were long, the on-the-job learning was tremendous and helped to launch my career at Prudential.”

Frost appreciates his time at Arthur Young and Capital Cities/ABC, but is very happy he wound up at his current place of employment. “Prudential’s reorganization and conversion from a mutual to a stock company was a once-in-a-lifetime event. The range and complexity of the issues were exceeded only by the magnitude of the dollars involved,” Frost notes.

“I am frequently amazed at the number of potential issues and solutions that can arise from what initially looks like a straightforward issue,” Frost notes, perhaps echoing the thoughts of many TEI members.

TEI: A Professional Plus

Frost is particularly proud of his longtime relationship with TEI. “More than anything else,” he says, “it’s been the wonderful people I’ve met and the close friendships we’ve built over the years. I have been blessed to work with some incredible people who have helped me both professionally and personally.”

TEI helped Frost professionally far more than he expected. “It dramatically expanded my network within the tax community, and it allowed me to work with and get to know senior IRS executives, which, in turn, helped produce some unexpected and significant wins for both my company and all CAP [compliance assurance process] taxpayers,” he says.

“Negotiating a win-win settlement that benefits the company and creates a platform for future success is very satisfying.” – Rick Frost

Indeed, his involvement with TEI is intimately connected to what Frost regards as one of his key career achievements. “The success of the TEI CAP subcommittee is certainly a big accomplishment. I was very fortunate to lead the committee with an outstanding team. Our two-pronged approach worked well—we developed a strong coalition of CAP taxpayers and we built a strong partnering relationship with senior LB&I executives,” he notes. “Our monthly informal breakfast meetings in D.C. with the director of PFTG [the IRS’ pre-filing and technical guidance department] was a huge breakthrough for CAP taxpayers. This grew to include other senior LB&I executives, which allowed us to openly address opportunities for improvement and then develop solutions together. Our work on the CAP committee helped improve the program and assisted hundreds of CAP taxpayers deal with a multitude of problems.”

When Frost is not immersed in intriguing tax controversies, he and his wife like to travel with their sons and daughters-in-law. “As retirement nears, we’re looking forward to living closer to our family and spending more time exploring our beautiful country,” Frost says.

An important part of Frost’s life that many TEI members might not know about involves his church activities. “One of the great joys in my life has been working with the fifth- and sixth-grade boys in our church. Helping young men find their way in life and building lifelong friendships has been an incredible blessing. I am very thankful to the Christian education director who ignored my protestations and pushed me into it. It’s been life-changing for me,” he says.

Things to Know About … Rick Frost