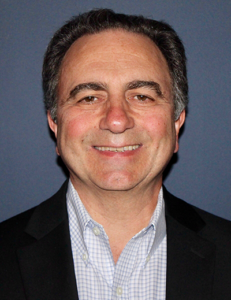 Some budding corporate tax specialists have a five-year plan to become part of this fascinating profession, whereas others just sort of fall into it.

That was the case for Ralph Corasaniti, who thought he would be more interested in finance positions because he didn’t see himself as a general auditor. However, he found an opening at General Electric Credit Corporation (later GE Capital). “It was a tax position, but I thought it was worth the opportunity to get into a corporation with a great reputation as a training ground for financial people. After a few months doing basic sales and use tax returns, I was offered a position on the federal tax team that I found much more interesting. I decided to take a tax course or two in the Pace University MBA program,” Corasaniti explains.

The bottom line for Corasaniti, now vice president of taxes and senior finance officer at Swisher International Inc. Island Management LLC: “I got hooked into the nuances of tax law, including mergers and acquisitions.” His second position, at American Can Company, brought him into the mix on researching tax implications of disposing of and acquiring corporations. “When I first started working there, the company embarked on a wholesale change in corporate structure, and over the course of four years every subsidiary company in the corporation was sold and new companies were acquired. In this short time span, we went from being a five-billion-dollar manufacturing company into a five-billion-dollar financial services conglomerate.”

What is the most problematic tax issue he encountered in his current job? About fifteen years ago his parent company, after having just gone private as the result of a spinoff, went public again through an IPO. Soon afterward, the majority owners realized they were better off as a private company, so a short time later the firm elected to become a private company again. This was soon followed up by its election to be taxed as an S corporation. “A lot of what I learned over the first fifteen years of my career now had to be rethought. The corporate tax rate wasn’t the driving factor in a lot of decisions, yet corporate law still applied. In addition, going from a C corporation to an S corporation was fraught with land mines, namely making sure you didn’t trigger built-in gains taxes inadvertently. The potential impact of a miscalculation would have been in the millions of dollars. We did get through it and survived a very detailed IRS audit on the conversion afterwards. I took great pride in knowing that our tax planning saved the corporation tens of millions of dollars,” he explains.

Working for one of the largest private companies in the country, Corasaniti gets to experience a diversity of issues that would challenge any Fortune 500 tax executive. “Because of my long tenure here and association with top management and ownership, I am a part of most strategic discussions on operations, M&A, and planning for future generations. Also, as a private company, I am less encumbered with many of the accounting regulations and disclosures required of my colleagues. I can still do my provision on an Excel spreadsheet, because most of the tax liability falls to the shareholders.”

“I am less encumbered with many of the accounting regulations and disclosures required of my colleagues. I can still do my provision on an Excel spreadsheet, because most of the tax liability falls to the shareholders.”
—Ralph Corasaniti

Corasaniti says the recent tax reform was long overdue. “The patchwork changes over the past dozen years created more havoc and unintended consequences than anyone thought, i.e., the dividend repatriation holiday under President Bush. This tax reform law has a lot of good intentions and in many ways comes through. However, politics aside, this massive bill was rushed through Congress without being fully vetted. It is creating real challenges for tax professionals in every part of the law. The IRS has its own challenges in writing regulations. As we like to say, every time Congress acts, they create another full employment act for tax professionals. From a macro view, again being mindful of politics, I think the law overshot in lowering the corporate rate to twenty-one percent. All the talk about the huge jump in the deficit will make undoing a lot of the good in this bill an easy mark for the next administration to overturn. The disparity between the individual top rate and the corporate rate will also invite attempts at abuse by certain taxpayers. The international implications are also huge and should generally be good for corporate America, but dangerous land mines exist due to the lack of guidance.”

When not immersed in tax matters, Corasaniti enjoys biking, hiking, and going to the gym. “I am also an avid, average golfer,” he says. “Aside from playing as often as I can locally, I travel annually with a group of old friends to different golf destinations around the country and last year was able to go to Ireland for a week.”

Corasaniti has been a TEI member for more than three decades. Here’s what TEI has meant to him: “At first, the social aspect was what drew me to the monthly meetings, but I soon got involved in committees and leadership positions. I quickly learned the value of networking for knowledge. I saved my employers more money with my TEI connections than I can say. I eventually put in time with national positions, as RVP and chapter representative, but I had to pull back after a few years due to work constraints. I would have liked to pursue a national leadership role, but we didn’t have the resources to allow me the time needed to do a proper job. I am proud of the work I did in the chapter, and I am proud to be the first recipient in the chapter of the TEI Meritorious Service Award.”

Things to Know About … Ralph Corasaniti