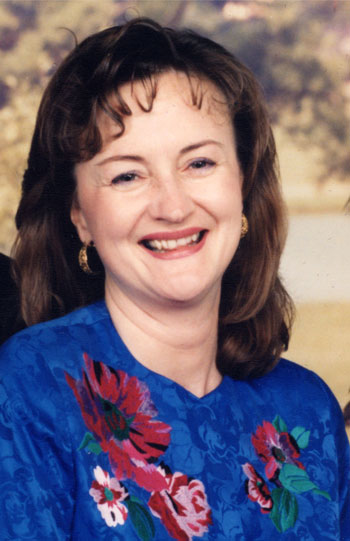 Someone once said, “The world is made up of two kinds of people: Those who love solving puzzles—and those who don’t.” Nancy Farahmand, the director of international taxes and planning at JCPenney, loves solving puzzles. “I always enjoyed solving puzzles and knew, from my first tax course in college, that the world of tax would challenge my analytical skills to solve and resolve issues. I’ve never been disappointed,” she says.

Farahmand, who will be retiring from JCPenney in April, particularly likes an area of tax law that even the most experienced tax practitioners can find puzzling: transactions, both acquisitions and dispositions. “I enjoy structuring and modeling transactions, performing basis and [earnings and profits] calculations, section 382 analyses, due diligence reviews, and contract reviews and negotiations,” Farahmand says.

But the most “problematic” area for Farahmand was the Foreign Account Tax Compliance Act (FATCA). “Initially I found the regulations and rules to be confusing and much too cumbersome. However, I attended multiple FATCA sessions at TEI national conferences and at Dallas Chapter events. These sessions helped me immensely in sorting through the provisions to determine those that were relevant to JCPenney,” she explains.

Prior to joining JCPenney, Farahmand was in the insurance tax practice at Ernst & Young. “It was a great experience. As expected, I received excellent training in the technical and client-relations areas. But, more importantly, the company gave me challenging assignments and the opportunity to conduct client meetings early on in my career. Their vote of confidence in me prepared me to take on new challenges when I joined JCPenney,” she says.

“I had no international tax experience when I joined JCPenney. The company has given me the opportunity to visit more than a dozen countries over the years that required me to analyze pertinent tax laws in each jurisdiction.

As far as international tax is concerned, Farahmand was surprised to find out how similar tax systems and tax concepts are among various countries. “I had no international tax experience when I joined JCPenney. The company has given me the opportunity to visit more than a dozen countries over the years that required me to analyze pertinent tax laws in each jurisdiction. Once I realized that similarities in systems and concepts exist, it became much easier for me to grasp each new country’s rules,” she explains.

Farahmand treasures her TEI membership. “TEI enabled me to build a network with other in-house tax professionals—the benefit of which is invaluable. I encourage members to get involved in their local chapters and at the national level. It is always great to talk with other professionals who have faced or are facing the same issues that I’m currently working on,” she says.

Farahmand has worked on most major company transactions and initiatives at JCPenney, and has received the Chairman’s Award for work on one of the company’s most significant transactions. Her biggest challenge: managing all of the tax aspects of a major transaction, from due diligence through securing a prefiling agreement with the IRS, when JCPenney sold one of its significant business units to two separate buyers.

When not involved in the tax world, you won’t find Farahmand being a couch potato. Her hobbies and outside interests include cycling, dancing, and traveling. “I love to dance! I’ve never been afraid to jump into a line dance that I come across, regardless of what country I’m in. Most recently, I danced in Hong Kong, China, Puerto Rico, the United Kingdom, and obviously the United States. There’s never a language barrier in dance,” she says.

What’s the first thing Farahmand will do when she retires in April? It’s not puzzling at all, she notes. “I’ll join my husband on a 100K bike ride.”

Getting to Know … Nancy Farahmand