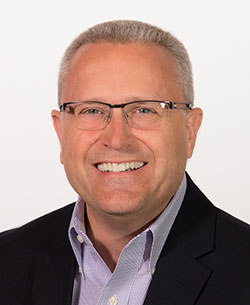 For some corporate tax practitioners, interest in tax issues begins with their first job in the financial area; for others it’s law school; still others, college. But for Mitch Frank, general director, taxes, at BNSF Railway Inc., it began in high school.

“I took a bookkeeping course that included reference to taxation and found that very interesting. I always credit Shelby Schichtl for my accounting career, since she taught that course. Also, during college while pursuing my accounting degree, I was very motivated by the fact that my mother was also pursuing her accounting degree.”

Frank’s mother finished her degree and achieved CPA certification. “That always made me extremely proud of my mom but also thankful for a profession that offers the potential for success even for those that may enter their career later in life,” Frank notes.

Prior to coming to BNSF, Frank joined American Airlines at a senior level to assist in leading its tax department through the company’s emergence from bankruptcy. “However, an unexpected change put me in the position of working with those at US Airways to integrate our two tax departments as a result of a merger coupled with the bankruptcy emergence process,” Frank says. “While at American, I worked to some degree in every area of the department, ultimately heading up the income tax accounting and compliance group for the merged business. That gave me the chance to build an excellent team by folding together strong players from each department and attracting new talent for certain technical roles.”

Frank’s career path includes five years in public accounting (he was with PW before there was a C in its name), which he left just before his first child was born. He transitioned from Price Waterhouse to JCPenney, which was settling in Dallas after moving from New York in the late 1980s. “That role began on the compliance staff but quickly morphed to a position on the research and planning team as ‘low man’ in the group,” Frank says. At that time, he explains, JCPenney was a true conglomerate with business operations in almost every industry: retail, of course, but also banking, insurance, property/casualty and life insurance, international operations, and real estate partnership investments. “One of the funny things from my perspective on joining JCPenney was I already knew each of those industries well from PW client assignments, except for retail, my new employer’s main business! That prior experience prepared me to contribute quickly while I learned the retail tax issues the company needed to address. I progressed from my staff role throughout the tax department, primarily doing project work, tax research, and handling IRS controversy through our constant IRS audit relationship,” Frank says.

After eighteen years in those roles, Frank was offered the chance to compete for the department leadership role and, to prepare, shifted his work emphasis to accounting for income taxes and compliance oversight duties. Several years later, after the unexpected death of the tax vice president, he stepped into the role of department leader and served the department for eighteen months before leaving to join American.

Frank is excited by his most recent career move. “BNSF is a strong company with tremendous presence throughout the western United States and has been part of the backbone of American business for more than 150 years,” he notes. “My role here actually builds on all my prior experience in that I review projects, transactions, and contracts to minimize tax cost and tax risk to the company. Once again I have joined a strong team and am grateful to be able to use those professional skills I first began working on in Mrs. Schichtl’s high school bookkeeping class in my daily job.”

The most problematic tax law problem Frank has ever encountered? “That would have to be the appropriate treatment of costs incurred in the business as either a current deduction or a capital asset. This point of controversy first hit my radar almost twenty-five years ago when a motivated team member at JCPenney discovered that certain true repair costs were being erroneously capitalized for book, and we were following that treatment for tax. That began a multiyear effort to stop the internal accounting practice in all 1,400 operating units, to negotiate resolution of prior years’ amounts with the local IRS audit team, and finally to address and implement multiple proposed as well as final controlling regulations to our fact pattern. These tasks all began with having to learn how to identify the controlling facts and document valid deductions despite limited accounting systems and processes for tracking the exact costs with specific supporting documentation.

“This effort also required me to become fully versed in the tax accounting method rules that must be met before a taxpayer can set things straight for all book and tax accounting processes,” Frank says. “It was a challenge I found rewarding, and one through which I built many relationships internal to the company and the profession, with outside advisors and with professionals at the Internal Revenue Service. I also really enjoyed working on issues that ran in the billions of dollars, with the goal of sustaining the best economic result for the company, my client. Interestingly, this same issue was on the table when I left JCPenney and joined American Airlines, so once again the tax knowledge base transferred despite the industry change.”

Despite a sterling career, Frank cites his family life as his greatest accomplishment. “I have four adult children and feel that is my greatest accomplishment. I was in no way a perfect husband or father but set a personal goal early in my life of being a dad that my wife and kids could rely upon. Despite the long hours our profession generally demands, I was present as my kids grew up and still have an active and joyous personal relationship with each of them and their significant others today,” he says.

Frank’s hobbies include traveling with his wife and adult children to see different parts of the country and the world, riding tandem bicycles, jogging, swimming, and watching movies with his wife (he’s a fan of romantic comedies). “I work with youth at my church and enjoy challenging them to be their best as they progress through school and prepare for the future,” he says. “I also take great joy in meeting together with friends for a meal and to catch up with one another. On the more self-indulgent side, I recently purchased a used sports car and enjoy long drives with the top down, on those days that it starts without me having to push it!”

Things to Know About … Mitch Frank