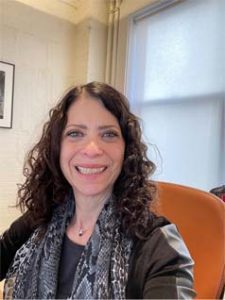 When Marji Gordon-Brown was in law school, she needed an elective. Having majored in accounting as an undergraduate, she thought that taking a somewhat numbers-oriented class would not be too difficult. In that elective, Gordon-Brown says, “I had a wonderful professor, Linda Galler, who was a new, young, energetic teacher. I did not earn an A, but I developed a wonderful friendship with Professor Galler that continues to this day. I took as many of her classes as I could. I became her research assistant and helped her with two articles about Chevron deference. Without her influence, I am not quite sure what I would be doing now.”

From a technical perspective, Gordon-Brown says, after working at Andersen she came to understand the importance of contemporaneous documentation. “I often was involved in audit defense, and the difference between winning and losing a case, or sustaining a position on audit, often came down to proof. Show me the paper! It was frustrating to know that you had the better argument but you couldn’t supply the documentation to prove it. I took that knowledge to IBM and impressed the same upon my staff. Our goal was to have files that were audit-ready. I would ask my staff to assume the return they prepared would be audited and then to guess what they would need to support their calculations. While I realized that it was time-consuming to do the preaudit work in advance, I knew that it was time well spent. Memories fade, papers are lost, people leave organizations.”

From a soft skills perspective, she adds, she realized how important it is to express gratitude for and acknowledge the accomplishments of one’s staff. It costs a manager nothing to say “thank you,” “job well done,” or “I appreciate your effort.” “I find it goes a long way, especially during highly stressful times,” she explains. “In my personal experience, I have found that people managers can do a better job with this sort of thing.”

Gordon-Brown, now vice president and associate tax counsel at MacAndrews & Forbes Inc., says she was attracted to the company because the work environment and tax issues were very different from what she had been used to. “Working in a privately held organization with both corporate holdings and a family office brings with it some very interesting challenges,” she says. “In the past six years I have addressed issues that likely only arise in the family office context. While I was hired to manage state and local tax matters, my role has branched out to so many non-SALT areas.”

The Importance of SALT

Gordon-Brown says the most interesting SALT issue she worked on was the MTC three-factor litigation. “The issue was whether a Michigan taxpayer had to use the single sales factor to apportion income or, pursuant to an election, had the ability to use an equally weighted three-factor formula. We argued the latter and filed our original return on that basis. I absolutely love a good fight, and I really believed in the position. For quite a while the case was such a hot topic, the subject of countless articles, mentioned at so many conferences, and almost made it to the US Supreme Court. It was an entirely rewarding experience,” Gordon-Brown says.

The TEI connection is important to Gordon-Brown. “I first got involved with TEI because a good friend suggested that I should. He said it would be good for me. He was right. I began as a member of the national SALT committee and eventually became vice chair and chair. Now I am on the board of the New York Chapter,” she says. “Participating in the organization gives me a sense of community and ensures that I am abreast of recent legislative developments and legal decisions. It provides a great network of tax professionals all across the country and the world. But my favorite aspect of TEI is the knowledge sharing and the collaborative nature of the members. Members are quick to offer to help each other with compliance challenges, to swap audit strategies, to suggest technology implementation techniques. With the TEI Connect application, a member can ask ‘have you ever . . .’ or ‘can you suggest . . .’ or ‘how would you deal with . . .’ and within short order other members are weighing in.”

Things to Know About Marji Gordon-Brown