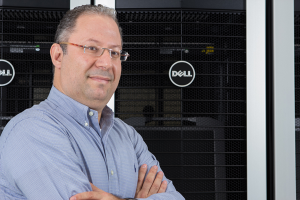 Lionel Nobre always likes a good challenge—whether it’s running a marathon, obtaining multiple master’s degrees in law from higher-education  institutions in Brazil and the United States, securing certification as a global executive master in business administration, serving as a panelist at an  international fiscal association conference in Mumbai, authoring tax-publisher BNA’s chapter on transfer pricing for Brazil, or starting and directing a high-powered Brazilian business advisory practice for Grant Thornton in Miami.

Now Nobre has agreed to take on one of the most exciting challenges of his career for TEI: serving as head of the organization’s new chapter—Latin  America—at a time when the countries in the region have become some of the most important business and trading partners for the United States.

“I’m deeply honored to lead TEI’s Latin America chapter at a time when tax issues have become front-burner issues in the region,” Nobre says. “I’m particularly proud of my association with TEI, and I hope to grow this chapter to be one of the organization’s strongest,” he says.

As Dell Inc.’s tax director for Latin America, Nobre has tremendous experience dealing with the tax issues that affect corporate tax directors, especially those with global responsibilities. Nobre joined Dell in 2006, and he was responsible for the tax department’s initial setup in Latin America, growing his team from one tax professional less than a decade ago to thirty staff members and ten outside tax consultants today.

“I’m deeply honored to lead TEI’s Latin America chapter at a time when tax issues have become front- burner issues in the region.”

Nobre’s tax team generated tax savings of more than $350 million in his first three years as head of the department and avoided more than $50 million in tax contingencies over that period through effective tax planning and corporate restructuring.

Nobre oversees all tax compliance, consulting, planning, controversy, and reporting for Latin American countries with Dell subsidiaries. In addition, Nobre manages tax incentives in excess of $150 million a year, including securing a value-added tax incentive of more than $150 million (with no statute of limitations) that took more than two and a half years of research and more than fifty meetings with government officials.

Nobre realizes the importance of teamwork at a major corporation such as Dell. “The tax department should not be out on an island by itself,” he explains. In his tenure at the company, Nobre has collaborated with the finance and IT departments to address the integration of tax, invoicing, shipping, collections, and legislation activities under one electronic system platform to comply with the complex electronic reporting and accounting rules enacted recently in Brazil, Mexico, and Argentina.

“The successful completion of the electronic invoicing project in Brazil, which took more than fourteen months of planning and involved the entire Brazil tax team as well as more than twenty other finance professionals, allowed the business to continue operating and generating revenue without interruption,” explains Nobre.

Nobre has also led several large tax litigation cases in administrative tax court and judicial court in Brazil and Mexico and has been heard claiming that “soccer is not really the national sport in Brazil, but rather tax litigation, since all aspects of tax have constitutional ramifications and can be challenged in court.”

Nobre travels extensively throughout Latin America on behalf of Dell, so his fluency in Spanish, Portuguese, and English comes in handy. “I really like traveling to the different countries in the region, which have such varied and rich histories and culture—and tax systems,” he says.

Prior to Dell, Nobre served a two-year term as director of Latin America Consulting Services for BDO Seidman in Miami.

“I really like traveling to the different countries in the region, which have such varied and rich histories and culture—and tax systems.”

While at Grant Thornton, Nobre served as an expert witness in two important tax cases involving Brazilian tax, business, and corporate issues. In one of these cases, his testimony helped secure a win for the client, who ended up not having to pay a significant amount of tax to the Internal Revenue Service on business profits and activities in Brazil.

So, does anyone doubt that Nobre is up to his latest challenge of leading the efforts of TEI’s newest chapter in Latin America?

Achievements: Overseeing a multidisciplinary team with more than thirty professionals who perform all tax compliance, consulting, planning, controversy, and reporting for Latin American countries with Dell subsidiaries; securing a value-added tax incentive of more than $100 million.