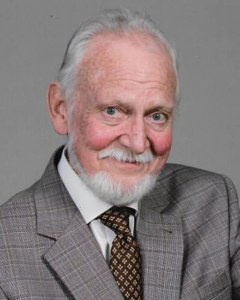 David McCullough, the eminent biographer and historian, said, “Real success is finding your lifework in the work that you love.”

If that observation is correct, Paul Schaffhausen was a true success—in so many ways, on so many levels.

Paul Schaffhausen, a TEI member of forty-two years, and retired assistant vice president at McDonald’s Corporation in Chicago, passed away on July 7, 2018. Paul served as TEI Chicago Chapter president from 1989 to 1990.

Paul was ahead of his time. Way before CAP or LIFE audits became a reality, Paul championed—indeed, pioneered—“collaborative tax administration.” He punctuated his day-to-day work with the IRS and the mentoring of others with not only his intellect and integrity, but also his good humorand smile.

Timothy McCormally, former executive director of TEI, fondly remembered that Paul often told people (including those in the ethics sessions he taught for TEI) that he asked IRS employees to remember the following three things when dealing with him on an IRS audit:

Paul’s saying, “If you don’t manage the [IRS] audit, it will manage you,” is good, sage advice to this day. Paul’s remarks about the IRS audit process are not the only things for which he will be remembered as a contributor and valued member of the tax and TEI community. He was also a digital producer who helped create the famous Chicago IRS video titled Improving the Audit Process: A Cooperative Venture, featuring himself, Ted Novak (director of tax at Tribune Company), Reginald Young of Quaker Oats, case managers from the IRS, and this article’s author (vice president–tax at Brunswick). The jointly produced IRS/TEI video focused on how to conduct a successful IRS audit. It brought home the message that, although taxpayers and the IRS are on opposite sides of the table, both have an interest in ensuring that resources expended in examining corporate tax returns are used efficiently, wisely, and minimally. The IRS used the video to train revenue agents, and its contents were often cited by companies during their audits as a reminder to the IRS examination team of “best practices” for a successful examination.

Paul was a leader in that sense, understanding not only the complexities and intricacies of the tax code, but also how important it was to employ these rules with an eye toward compliance and with a sense of practicality and fairness. In doing so, Paul understood the element of human nature in such an equation. As President Dwight Eisenhower once said, “A sense of humor is part of the art of leadership, of getting along with people, of getting things done.”

Brian Ugai, retired vice president–tax at Starbucks, whom Paul mentored at McDonald’s, commented recently when asked about Paul’s impact on him: “Paul was a valued mentor and deeply admired. He saw the goodness in each of us. Those of us fortunate enough to have worked with Paul could always depend on his formidable support, no matter the situation. I appreciated that Paul consistently assumed the good in us and others. Paul made work fun. Thinking back on my experiences with Paul always makes me smile.”

Jim Dite, retired head of tax at United Airlines, as well as USG Corporation and Tellabs, had this to say about Paul: “Paul was my first supervisor when I joined the tax department at Pullman Inc. in 1973. Paul was just the kind of mentor that a young, inexperienced tax accountant could want. He was generous with his time for tutoring and was able to communicate complex concepts in simple terms. And, of course, we all remember Paul for the sense of humor that he brought to every situation. In particular, I loved the quip that he used so often when talking about his discussions with the IRS agents: ‘I agreed to give them any adjustment that I can blame on the accounting department.’”

Paul not only mentored TEI members but also gave back to TEI, with his good counsel and active participation in the Chicago Chapter, and to the tax community at large through his efforts to improve taxpayer relations with the IRS. Paul, we will miss your humor and ever-present smile, and we thank you for all that you contributed to the TEI community.