When doing business with another country, the sales tax implications are an important consideration. It is possible for nonresidents of Canada1 to acquire goods and services in Canada for export without having to pay the goods and services tax/harmonized sales tax (GST/HST). It is also possible for nonresidents to provide property, including intangibles, without triggering GST/HST obligations, provided that certain conditions are met. The following provides a high-level summary of some of the GST/HST considerations related to imports into Canada and exports from Canada.

The Canadian federal government imposes a five percent multistage value-added tax called the goods and services tax (GST) that applies to taxable supplies (e.g., supplies of most types of property, including intangibles, real property, and services) made in Canada. The five percent GST is also levied on taxable goods imported into Canada, in addition to any applicable customs duties. The GST and the harmonized sales tax, or HST, imposed on taxable supplies made in Canada is referred to as Division II GST/HST, and the GST imposed on goods imported into Canada is referred to as Division III tax.2

The GST applies at each stage of the production and distribution chain. Generally, businesses making taxable supplies of property and services are required to register for, collect and remit the applicable GST on their supplies made in Canada. While GST applies to every transaction throughout the distribution chain, it is imposed on the ultimate consumer; accordingly, businesses involved in commercial activities are entitled to recover the GST they pay on their inputs, including goods imported into Canada, through an input tax credit (ITC) mechanism.

Five provinces currently have harmonized their provincial sales taxes with the GST: Ontario, Nova Scotia, New Brunswick, Newfoundland and Labrador, and Prince Edward Island. In those provinces, the HST, which comprises the federal five percent GST component plus a provincial component varying from eight to ten percent, applies on the same basis as the GST.3

The GST and HST are imposed under Part IX of the Excise Tax Act (Canada), which will be referred to here as the “GST legislation.”

The GST/HST is designed as a tax on consumption in Canada; because exports are consumed outside Canada, they are generally not subject to GST/HST. To ensure that exports are not subject to GST/HST, the GST legislation zero-rates (i.e., taxes at the rate of zero percent) certain exports. Zero-rated exports are set out in the Export Schedule of the GST legislation. Certain supplies listed in the Export Schedule must be supplied to nonresidents to qualify for zero-rating, whereas other supplies must be supplied to nonresidents who are not registered for the GST/HST to qualify for zero-rating.

Thus, when a nonresident sells goods to Canadian customers, delivers the goods to the customer in Canada, and acts as the importer of record, five percent GST will be payable by the nonresident in addition to any applicable customs duties.

The Export Schedule zero-rates supplies of goods made in Canada (other than supplies made to consumers) if all the following conditions are met:

(a) in the case of continuous transmission commodities that the recipient intends to export by means of wire, pipeline, or other conduit, the recipient is not registered;

(b) the recipient exports the property as soon after the property is delivered as is reasonable having regard to the circumstances surrounding the exportation and, where applicable, the normal business practices of the recipient;

(d) after the supply is made and before the recipient exports the property, the property is not further processed, transformed, or altered in Canada to the extent reasonably necessary or incidental to its transportation; and

(e) the Canadian supplier maintains evidence satisfactory to the Minister [of National Revenue] of the exportation of the property by the recipient.
(italics added for emphasis)

Supplies of tangible personal property made outside Canada—i.e., delivered or made available to the purchaser outside Canada—are beyond the purview of the GST/HST. Thus, another option available to nonresidents, to ensure that no GST/HST is payable on goods to be used outside Canada, is to have the Canadian vendor deliver or make available the goods outside Canada. The documentation between the parties should be clear as to where delivery takes place.

(a) a service made to an individual who is in Canada at any time when the individual has contact with the supplier in relation to the supply;

(a.1) a service that is rendered to an individual while that individual is in Canada;

(b) an advisory, consulting, or professional service;

(d) a service in respect of real property situated in Canada;

(e) a service in respect of tangible personal property that is situated in Canada at the time the service is performed;

(f) a service of acting as an agent of the nonresident person or of arranging for, procuring, or soliciting orders for supplies by or to the person;

(g) a transportation service; or

Although a service may be excluded from this provision, it may nevertheless qualify for zero-rating under another provision in the Export Schedule.

For example, a provision zero-rates a service (other than a transportation service) with respect to temporary imported goods, provided that certain conditions are met. Services, provided to a nonresident, of acting as an agent or arranging for, procuring, or soliciting orders for the nonresident may also be zero-rated, provided certain conditions are met. A provision also zero-rates a supply of an advisory, professional, or consulting service made to a nonresident subject to certain exclusions.4

(a) a supply made to an individual unless the individual is outside Canada at that time;

(b) a supply of intangible personal property that relates to

(i) real property situated in Canada,

(iii) a service the supply of which is made in Canada and is not a zero-rated supply described by any section of [Part V] or Part VII or IX;

(c) a supply that is the making available of a telecommunications facility that is intangible personal property for use in providing a service described in paragraph (a) of the definition “telecommunication service” in Subsection 123(1) of the Act;

(d) a supply of intangible personal property that may only be used in Canada; or

As indicated above, Division III GST applies at a rate of five percent to most commercial goods imported into Canada. Thus, when a nonresident sells goods to Canadian customers, delivers the goods to the customer in Canada, and acts as the importer of record, five percent GST will be payable by the nonresident in addition to any applicable customs duties.

If the nonresident importer becomes GST/HST–registered, it will be entitled to recover the five percent GST paid on import and will be required to charge the applicable GST/HST to its customer in Canada.

Supplies Made Outside Canada

The question of whether a nonresident is “carrying on business in Canada” is of secondary interest to income tax practitioners, because the focus, for income tax purposes, is generally on whether the nonresident has a permanent establishment in Canada. 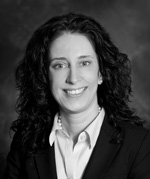 Wendy Brousseau is a partner at McCarthy Tétrault LLP.