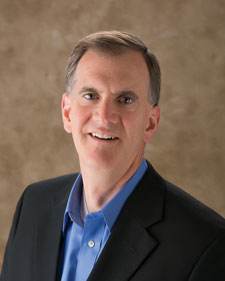 Corporate tax attorneys have a variety of interesting experiences before they ultimately see the light, but not too many TEI members possess the backstory of the Emerging Leader profiled in this issue of Tax Executive.

Mark Pollard is international tax counsel at Kimberly-Clark and the new chair of the U.S. International Tax Committee. But for six years, Pollard was a criminal defense attorney. His clients as a public defender in Fulton County, Georgia: alleged armed robbers, drug traffickers, and, yes, even murderers. “The pay and lifestyle are a lot better now, but there’s no comparison between dinner stories.”

“The pay and lifestyle are a lot better now, but there’s no comparison between dinner stories.”

Pollard decided to become a tax professional because he liked the quantitative and analytical aspects of being a tax practitioner. “The challenge of delivering impactful value to the bottom line by applying complex U.S. and local country laws to complicated business fact patterns is demanding. Rising to the challenge and executing successful transactions is fulfilling,” he explains.

Pollard will be working with the U.S. International Tax Committee leadership team (vice chairs and beyond) to develop and deliver valuable international tax education to TEI members. “Jim Silvestri put together an exceptional working team, and I am fortunate to follow in his footsteps as Jim moves on to ultimately become TEI president,” Pollard says.

Pollard had several mentors in corporate tax, including Dave Bernard, Margaret Curry, and John Haertel. Bernard and Curry were former vice presidents at Kimberly-Clark, and Haertel is the current vice president.

The biggest surprise for Pollard when he came in-house from the IRS national office ten years ago was the priority placed on the tax accounting and P&L impacts of transactions. “Implementing business plans in a manner that achieves both desirable cash tax and P&L impacts is the constant, multidimensional challenge for tax planners,” he explains.