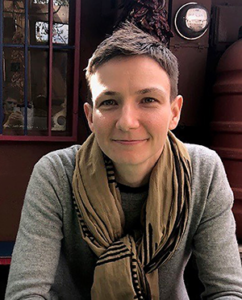 When Kristin Mikolaitis first took a tax policy class in college, it “knocked my socks off,” she says. “That was when I first understood that tax is one of the primary tools for shaping economic and social policy in the United States—for showing which activities and people are valued, which behaviors are encouraged, and which are not.”

Mikolaitis, tax counsel and head of tax controversy and transfer pricing at Nestlé USA Inc., still finds the policy side of tax fascinating but confesses that she has a much greater appreciation for tax procedure than she expected when she was in school.

Impact of the TCJA

Like many tax practitioners, she says, it is challenging to anticipate the potential application and impact of certain provisions in the Tax Cuts and Jobs Act (TCJA) in the absence of regulatory guidance. “In many respects,” she explains, “the TCJA created a sea change for corporate taxpayers, without answering all of the questions needed to maximize taxpayer understanding and compliance. I’ll be interested to see which provisions, if any, are changed in the short, medium, and long term.”

Before joining Nestlé, Mikolaitis spent her entire career in the tax controversy and transfer pricing practice group at Mayer Brown, first as an associate and then as a partner. Here’s her take on that part of her journey: “My experience there was invaluable. At the most basic level, I learned how to litigate complex, high-stakes tax cases and how to navigate and effectively resolve matters at Exam and Appeals. Not surprisingly, that involved a great deal of learning about procedural and technical tax issues. But, as significantly, it also involved learning about the importance of good, honest storytelling; how to collaborate with and lead people with different personalities; and that very little is more satisfying at work than contributing to the achievement of a hard goal with a team you trust.”

In terms of professional accomplishments, Mikolaitis is proud to have made partner at Mayer Brown, in a practice group full of friends and colleagues whom she respects and was grateful to learn from and with.

“[T]he TCJA created a sea change for corporate taxpayers, without answering all of the questions needed to maximize taxpayer understanding and compliance.”
—Kristin Mikolaitis

At Nestlé, Mikolaitis is enjoying being exposed to a wider variety of tax issues, on a more regular basis, than she was in private practice. “I’m also enjoying learning about the business from colleagues around the globe,” she explains.

Mikolaitis joined Nestlé in August 2018 and TEI shortly after, so she is still a relatively new member of the organization. However, she notes, she was fortunate enough to be asked to present at a number of TEI events while at Mayer Brown. “Those events were great opportunities to catch up with friends who had made the jump to in-house roles before me, meet other in-house practitioners and learn more about their backgrounds and professional experiences, and stay aware of the technical and practical issues that they were focused on,” she says. She is looking forward to getting more involved with the Baltimore-Washington Chapter of TEI and to meeting more of her local, in-house tax compatriots in the near future.

When not immersed in tax issues, Mikolaitis’ primary hobby is rock climbing, but she enjoys almost anything that gets her outside. Want an example? She will be commuting to work by bicycle this summer due to the D.C. Metro’s construction-related shutdowns.

Since moving to Northern Virginia, she has also taken up cooking, which she says is “an unexpected thrill.”

Things to Know About … Kristin Mikolaitis