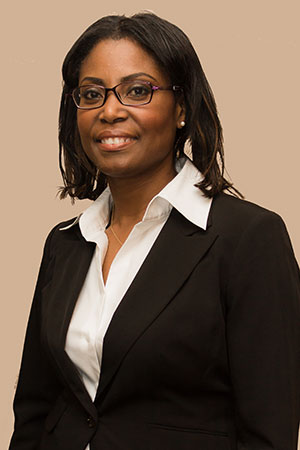 “Just when you think you have the correct answer, there comes an exception.”

That’s how Karlene Burrell, senior manager of taxation at Hydro One Networks Inc. since 2007, describes Canadian GST/HST excise tax law. In addition, she says, “the most problematic tax law problem I have encountered in my career was the new regulation for GST/HST on pension plan expenses.”

Burrell has always been interested in tax issues, from both an income and sales tax perspective, but the “defining moment” that crystallized her interest in tax came when she worked for a medium-size medical equipment and device company in 1999 and had to deal with her first provincial sales tax audit (British Columbia, Canada) in her first month on the job. “A potential assessment was raised where I had to make representations to BC Finance that involved digging deeper into tax legislation, which I found quite interesting,” she explains.

When it comes to surprises about corporate tax issues, from a sales tax perspective, Burrell cites “how one piece of legislation can be interpreted in so many different ways by different individuals depending on the type of issues presented.” It is always important, she warns, “to get all the facts before making a recommendation.”

Burrell is bullish on the benefits of TEI membership. The most rewarding part about being associated with TEI is the networking aspect, she says. “I enjoy being a part of such a large and diversified group of tax professionals where you can share information on various topics of interest. I have the opportunity of working with some of the most talented and experienced tax professionals from various industries, which includes financial institutions, manufacturing, and retail,” she explains.

Burrell especially enjoys being a member of the Canadian Commodity Tax committee (led by Richard Taylor, senior director at Rogers Communications Inc.), where various commodity tax issues faced by the TEI membership are discussed. In addition, she says, it has been informative, because issues have been presented to the Canada Revenue Agency and Department of Finance on behalf of the TEI community for changes to existing legislation or administrative positions taken by the taxing authorities.

“A potential assessment was raised where I had to make representations to BC Finance that involved digging deeper into tax legislation, which I found quite interesting.”
—Karlene Burrell

When not engaged in commodity tax issues, Burrell enjoys spending time with her daughter and husband, as well as reading and participating in fitness activities. Burrell’s passion: helping those in need. “I enjoy volunteering with various organizations, such as the women’s shelter, to provide clothes and food,” she says. “I am a woman of faith and enjoy going to church and reading my Bible as well as spending time in prayer and meditation.”

Getting to Know … Karlene Burrell