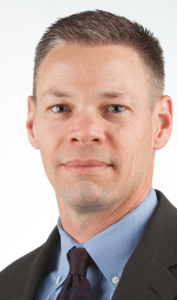 You could say that Doug Rodolph’s interest in a tax career was a neither a slow burn nor a fast one—more of a medium burn. When he started college, Rodolph knew he wanted to go into accounting. After all, he always enjoyed math and thought it would be a great fit.

At college, two undergraduate tax classes sparked his interest. He enjoyed the rules, the definition-based research, and “putting together the puzzle.” However, Rodolph did not enter the tax field right away. “I worked for several companies doing accounting and internal financial reporting. Then after working for a few years, I decided to go to graduate school and get a master’s in tax. Month-end close was not for me,” he explains.

Rodolph was always intrigued by the thought of working for the Internal Revenue Service (IRS), a desire that one of his professors really could not comprehend. “It just so happened that when I completed graduate school, the IRS was doing major hiring. I finished in August and started with the IRS in September,” he notes.

Rodolph, now director of federal controversy at Walmart Inc., has always been fascinated by taking a set of facts and determining how the law applies. “Breaking down a transaction to calculate the tax implications,” he says, “is like solving a puzzle with a complex set of instructions. Sometimes you have all the pieces, and sometimes you have too few or ones you don’t need. Being a controversy professional, I love the challenge of the debate about what the rules say or how they apply.”

What’s the most problematic tax law problem he’s encountered since coming to Walmart in the compliance assurance process (CAP) audit area? “Speed of IRS decision-making,” Rodolph says. “While this isn’t a technical tax issue, it is key to being able to provide certainty to my internal stakeholders. This starts with being able to tell the story of a transaction or issue and then quickly being able to provide the relevant facts. My role in controversy is to help bridge the gap between the subject matter experts and the exam team to make this an efficient process. However, there are times when the wheels fall off.”

Walmart has been in CAP since its inception in 2005, he says, noting that CAP is designed as a cooperative, real-time examination. Both the IRS and taxpayers want more timely and efficient audits, he adds. “There are times when there just is not clear guidance on an issue,” he explains. “We had an issue that the exam team referred to counsel and to IRS National Office for guidance. Three years after the referral, National Office won’t issue guidance. Four years after the transaction, the IRS puts forth a position. It becomes a real challenge to explain to leadership that we participate in a real-time examination, and we have an issue that has been ongoing for five years and consumed significant resources.”

Working for Walmart has been fun, according to Rodolph. Yes, that’s right, fun. “I had a boss tell me years ago that when he stopped having fun, he was going home. I took his statement to heart and ask colleagues frequently “Are you having fun?” So, I guess it’s all in how I define fun. For me, the main components are the people, the challenge, the variety of work, and the opportunities.

But beyond the fun are the relationships he’s built, Rodolph notes. “Walmart stretches me every day and has taught me the importance of building relationships. This is common advice to new Walmart associates: build a network. One of my challenges making the move from the IRS to Walmart was the shift from auditor to advocate. I found myself in the position of defending the work that colleagues had poured their heart and soul into and found myself responsible for defending it. This highlighted the requirement of developing relationships and trust with all of my stakeholders, from planning to compliance to tax accounting. It requires connecting a lot of dots.”

“Joining TEI was the beginning of so many opportunities, including connecting with industry leaders, co-leading a working group, meeting with IRS executive leadership, and serving locally and nationally.”
—Doug Rodolph

Looking back at his time at the IRS, Rodolph says that it was only after moving on to Walmart that he gained a fuller appreciation of that experience and its role in the bigger picture: “I spent almost ten years working for the IRS, performing audits of increasing levels of complexity, from individual returns to multinational corporations. What a spectrum it was. I was so idealistic when I started. I wanted to make a difference and do what I could to bring a good name to tax administration and leave taxpayers with a sense of fairness. How quickly I became entrenched, rather than considering overall compliance or the broader impact of a transaction. I had a colleague who made the statement that ‘taxpayers are the masters of the facts.’ There is great importance to understanding the story of a transaction or an issue, stepping back and understanding the facts and which ones are relevant.”

Rodolph says he’s been fortunate to work with two longtime active TEI members—Wayne Hamilton and Ernie Gates. “Wayne encouraged me to join TEI when I joined the federal controversy group in 2013. Joining TEI was the beginning of so many opportunities, including connecting with industry leaders, co-leading a working group, meeting with IRS executive leadership, and serving locally and nationally. They helped me build relationships and get involved,” he notes.

His greatest accomplishment? From a professional perspective, he says, he’s honored to lead Walmart’s federal controversy group. “I never imagined that when I joined the IRS in 2002 that I would find myself leading federal controversy for Walmart.” From a personal perspective, he says, he points to his “amazing wife who puts up with my work bleeding into my personal life…. I always want to understand the facts. The downside is that my kids picked up on making sure the right question is asked when I want to understand the facts.”

And, speaking of family, Rodolph has a daughter who joined Walmart last year, supporting the operations side of the business (rather than the tax end). “She has gone gangbusters meeting people and thinking about where she wants to go next.”

When he is not immersed in tax controversies, you might find Rodolph spending time with his family, helping coach his son’s baseball team, snow skiing, riding dirt bikes, or serving as a sound engineer at church.

As a final nod to family, Rodolph shares this anecdote: “When I was offered a job with the IRS, we moved from Oklahoma to Cincinnati, Ohio, sight unseen. I had never lived outside of Oklahoma. When I was looking for other IRS opportunities after spending three years in Cincinnati, my wife said she was happy to move anywhere, except Arkansas (even though it moved us nine hours closer to family). Now, thirteen years later, Arkansas is home. We love the growing community and the people.”

Things to Know About … Doug Rodolph