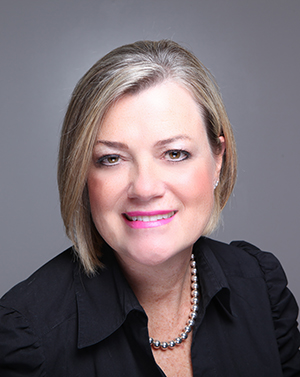 “When I graduated from university with a bachelor of commerce degree with a major in accounting, I would never have imagined that my career path would have led me to spending the majority of my career in tax,” Dorothy O’Shea says.

But O’Shea, currently head of tax for General Mills Canada, has indeed immersed herself in tax—big time. She started in accounting but quickly moved into industry in an internal audit role. “It was from there that I embarked upon my career in tax with an insurance company, and only then did I realize I enjoyed the field of taxation,” O’Shea says.

O’Shea’s experience in the insurance, entertainment, and consumer products industries proved invaluable. “I had the good fortune to have been given the opportunity to work for a few different companies in very different businesses and to work for both U.S. and Canadian multinationals,” she explains. Through these experiences, she learned that some companies have very complex business models, others have complex organizational structures, and some have both. “Some industries are subject to different sections of the Tax Act. No matter what industry, the different tax issues can be very challenging. The most interesting for me has been working on international transactions within complex organizational structures. I have also learned that the common thread throughout every type of industry is transfer pricing,” O’Shea notes.

Indeed, for O’Shea, transfer pricing is the most interesting part of corporate tax. For example, she points out, “The OECD’s BEPS initiatives are likely to have the most significant impact on the taxation of businesses internationally in nearly three decades. The focus on transparency and the onerous reporting requirements will certainly increase the compliance burden for our profession. In Canada, we have already seen a shift in the way the Canada Revenue Agency performs their audits.”

The most problematic tax law problem O’Shea has encountered in her distinguished career involved the challenge to a third-party valuation by government authorities for a cross-border transaction. “Valuations are complex and often challenged because of the underlying assumptions built into the valuation models,” she explains. “Although we were successful in having the issue we faced vacated upon appeal, the process was a costly and time-consuming burden for the taxpayer.”

O’Shea values her TEI membership. The networking aspect of TEI provides members the opportunity to share best tax practices and experiences, she notes. “Working on the Toronto Chapter board of TEI for the past eight years, and being this year’s president for the Chapter’s sixtieth anniversary, has been one of the highlights of my career,” she asserts.

Her accomplishments include obtaining her CPA (Delaware) well into her career. Obtaining it would have been impossible without the support and mentorship of a previous boss. She stresses the importance of collaborative mentorship and continues to pay that forward by instilling the same values in those she has had the opportunity to mentor. O’Shea believes that obtaining her CPA designation has helped her career progress and has enabled her to better understand U.S. generally accepted accounting principles and the U.S. tax consequences of international transactions.

On a personal level, she says, “I was able to raise three successful children while still having a fulfilling and rewarding career. I was able to accomplish this through the support of my employers (work/life balance when my children were younger), my parents, and my husband.”

Her hobbies and outside interests include skiing, entertaining at her ski chalet, and traveling to places on her bucket list, including Sydney, Australia; Auckland, New Zealand; Hawaii; and Dublin, Ireland.

O’Shea says she has tested as an introvert on the Myers–Briggs Type Indicator, a finding that might surprise some TEI members. Introverted or not, her greatest experience has been working at General Mills with her team in Canada and the “best and brightest U.S. tax professionals at HQ in Minneapolis.” The bottom line, according to O’Shea: “General Mills has provided me with the most rewarding career, bar none.”

Things to Know About… Dorothy O’Shea