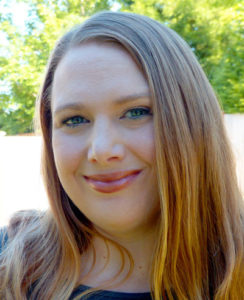 Cheria Coram started out college pursuing a double major in chemistry and biology but quickly became disenchanted with becoming a doctor or lab researcher and switched to business school. After two accounting classes, she found her fit and declared accounting her major. She applied for internships facing the “tax or audit” question before she had completed her first full course in either subject. Coram chose tax, because the research in tax law sparked her interest: “I completed a tax internship with PwC and had the opportunity to rotate with a few different groups, gaining different perspectives on planning, consulting, and compliance for a variety of clients. My internship solidified my pursuit of a tax career.”

Her passion for researching and arguing tax law peaked in graduate school and the first years of her public accounting career and then took a turn. “I switched my focus to tax accounting and financial reporting as my specialty area of expertise,” she says, “so my technical research over the past ten-plus years has been in U.S. GAAP [generally accepted accounting principles]. There are similarities [between] accounting technical research [and] tax technical research, such as drawing upon basic principles and weighing of facts and circumstances, and there’s certainly plenty of ‘it depends’ answers to questions of accounting application.”

Not surprisingly, Coram is excited about dealing with the complexity of U.S. tax reform, which has “flipped things around and forced most of us to learn something new.”

Enter Coram’s affiliation with TEI. Currently serving as a vice chair of TEI’s financial reporting committee, she says that it has been a rewarding experience to join committee calls to hear and share with peers at other companies about what is happening with ASC 740 financial reporting, to participate in calls with the Financial Accounting Standards Board, and to contribute to a comment letter TEI issued to the FASB on GILTI and BEAT.

What are the best parts of working for an iconic company like Starbucks? Here’s Coram’s response: “For a coffee lover like myself, having ready access to great coffee and espresso in the kitchens at work is a dream. I regularly make my own espresso beverages in the kitchens at SSC [Starbucks Support Center]. My go-to is a toffee nut latte macchiato.

“The best parts of working for Starbucks are the Mastrena (automated espresso) machines in all of the kitchens in the support center building, a culture of putting people first, and finding inspiration in working at a for-profit public company that finds ways of ‘using our scale for good’ as Howard [executive chairman Howard Schultz] says, which makes me feel good about the job I’m doing and being a part of that.”

Coram doesn’t discount her experience before coming to Starbucks in the least: “My time in public accounting (at PwC) taught me a lot about how to work effectively with a variety of personality types.

I also learned what it means to prepare a well-organized, referenced work product. My first job

as a tax professional in industry was with Getty Images, a multinational company that creates, licenses, and distributes visual content and digital media. I think I developed more technical depth and a broader skill set working at Getty than I would have if I had stayed in public accounting. Highlights include working on several acquisitions (including the sale of the company from one private equity firm to another)—from due diligence through acquisition accounting and integration—and working cross-functionally on business initiatives like cash planning, entity simplification, and forecasting models, design, and implementation of new software.”

Coram’s greatest accomplishment? A year ago, she would have regarded either transforming tax provision processes to more of a risk-based approach or surviving the months of due diligence as Hellman & Friedman played matchmaker for Getty Images with several private equity firms. Now, however, she considers her crowning achievement to date her experience with the TEI financial reporting committee in navigating financial reporting concerns and considerations in the wake of U.S. tax reform. “We learned from FASB staff that they credited the ignition of what became SAB 118 to a call with TEI in early fall, back when I think most of the profession thought it was a long shot for tax reform legislation to get enacted, let alone by the end of the year,” Coram says. “We had several agenda items for the call, and I had the assigned topic of U.S. tax reform implications to repatriation and indefinite reinvestment assertions. Preparing for the call and receiving feedback from the other vice chairs was its own fruitful experience. I shared the recommendation of a transition rule to allow management to report best estimates and reasonable disclosure, given the size and complexity of the changes contemplated in U.S. tax reform, and provide for what we had called a ‘grace period’ in our recommendation [as an] analogy to the ‘measurement period’ concept in accounting for business combinations. The measurement period, in this analogy, is what ended up in SAB 118, wherein the impacts of the enacted tax law change could be refined up to twelve months after the enactment date, allowing more time for analysis and refinements of such amounts to be considered a change in estimate. Having a hand in that has been an awesome ‘wow’ moment!”

When she is not dealing with tax and coffee, Coram’s favorite thing to do is “to wake up Saturday morning before anyone else in the house, make a French press (Starbucks Veranda being a personal favorite), and curl up on the couch with a hot mug of coffee and my Kindle. On my Kindle you’ll mostly find urban fantasy, sci-fi, and satirical fiction.”

As a TEI emerging leader, Coram has definite opinions about how TEI can be more relevant to emerging tax professionals. “I think networking, education, and collaboration are highly important to your career advancement, no matter where you’re at in that journey. TEI should put forth education and information that isn’t just current but also forward-looking to the future of the tax profession.”

Things to Know About … Cheria Coram