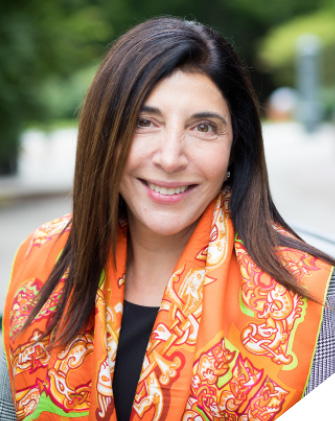 Alisa Margolis went to law school with one goal: to become a trial lawyer. “I loaded up on trial courses, including taking clinics involving litigation and earning a spot on the Moot Court Honor Society trial team. I did, however, take a few tax courses just in case anything related to the topic showed up on the bar exam. (It didn’t.)”

To her surprise, she really liked the coursework, its analytical bent, and its potential for having a significant impact. Notwithstanding this flirtation with tax law, Margolis stuck to her guns and became a trial lawyer, working in the South Bronx for the Legal Aid Society, Juvenile Rights Practice.

The tax itch, however, persisted, and after a couple of years she went to work in the Tax Division of the U.S. Department of Justice as a trial lawyer representing the Internal Revenue Service in district court and bankruptcy court. While at the Justice Department she pursued her LL.M. in taxation at Georgetown Law School and made the decision to move on from trial work to transactional tax.

Margolis then worked for a law firm in New York (LeBoeuf, Lamb, Greene & MacRae) and subsequently Deloitte, focusing on international tax planning. She was given the opportunity to work in-house for GE Capital in 2005 as the international tax counsel for the consumer business and subsequently became an operational business-facing tax director with GE Capital and then with Amazon Web Services in Seattle, where she is today.

Becoming a tax professional has been an evolving journey for Margolis. “Joining Deloitte from a law firm gave me the opportunity to begin to learn to manage people, gave me insight into financial reporting and tax compliance, and allowed me to work on a wide variety of clients,” she says. “The move in-house to GE Capital gave me the opportunity to learn firsthand what matters to the CFO, C-suite, and other business partners (and to work in both Paris and London). One of the first CFOs I worked for at GE used to say tax people are from Mars and other finance people are from Venus. What she meant is, we weren’t speaking the same language. Learning how to avoid ‘tax speak’ and break complex tax concepts down to what the business actually cares about was a critical lesson I learned and continue to learn.”

Amazon, and in particular the Amazon Web Services (AWS) business line, is a company that is constantly changing and disrupting, notes Margolis. “It has phenomenal leadership, it is fast-paced, and its culture embraces, among other leadership principles, ownership, continuing to learn, setting the bar high. By far, the best part of my job is the incredibly dynamic, intelligent, and awesome people I work with on a daily basis.”

Margolis is fascinated with international tax, especially with what is going on with respect to the tax challenges of the digitalization of the economy at the OECD and in jurisdictions across the globe. “My view is that we are at a pivotal inflection point that has the very real potential to transform the way global businesses are taxed. The discussions regarding taxing rights and how profits from cross-border transactions should be distributed are fascinating. In addition to the changing taxation environment, working for a company like Amazon that is both constantly shifting and is a prime target for changes that are afoot gives me a front-row seat to this transformation that is taking place. Along the same lines I enjoy that part of my job where I can advise and add value to my business partners by harmonizing the tax technical rules with the increasingly global and complex business.”

“[I] think lowering the corporate tax rate to make the U.S. competitive with the rest of the world as a place to do business was way overdue.”
— Alisa Margolis

What is the most problematic tax law problem she has encountered since joining Amazon? “It’s not a single tax law problem per se,” she notes. “Rather, the challenge is supporting the growth of one of the most dynamic high-tech businesses in the history of commerce and keeping up with the velocity, new business launches, and geographic expansion in a rapidly changing and ambiguous tax environment.”

And her opinion of the new tax reform legislation? “That is a very broad question. I think lowering the corporate tax rate to make the U.S. competitive with the rest of the world as a place to do business was way overdue. The added complexity that overall reform has brought for all aspects of multinational corporations’ tax function is a real challenge and resource intensive. Modeling and forecasting [have] become increasingly more complex and important in making key tax decisions.”

Her greatest accomplishment? “By far, my two children. On the work front, it has been to build a team that is first-in-class, works collaboratively towards the same goals, and are supportive of each other.”

When not involved in tax issues, Margolis enjoys being with her family, traveling (especially active and adventure travel), reading fiction, and cooking for friends.

Things to Know About … Alisa Margolis