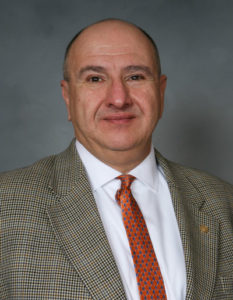 Welcome to 2019 and the uncertain political environment that awaits us in the 116th Congress. Is this what American democracy has come to? Could this be what our founding fathers really contemplated more than two centuries ago—all the coarse talk and uncivil behavior? Well, as I thought about our current circumstances, I reflected on the high school civics class I took a long time ago when I was introduced to the Federalist Papers, essays written by James Madison, Alexander Hamilton, and John Jay, advocating for the ratification of the U.S. Constitution. One of Madison’s quotations from Federalist No. 51 rings particularly true today: “If men were angels, no government would be necessary.” Madison advocated for the creation of a government characterized by separate and independent branches, along with a series of checks and balances, to ensure that one way or another, the rights and interests of everyone could be protected. At least that’s how the theory goes.

Fast-forward 230-plus years. Madison was a visionary about men not being angels and about the importance of checks and balances. Daily, we see evidence of both in nearly every newsfeed and the front pages of nearly every newspaper and on Twitter.

Although the 116th Congress and the reemergence of divided government guarantee little (if anything) in terms of legislative progress or accomplishment (more on this later), it does make real the possibility of extensive use (or misuse) of the power of the purse and oversight as checks on executive action. Hopefully, the newly empowered House majority will strike some balance between legislating and investigating, thereby justifying the confidence placed in them by the midterm electorate. And, even though a change in legislative control has taken place, whether divided government will provide the impetus to find common ground and to legislate is very much an open question.

Indeed, might the existence of divided government during the 115th Congress have resulted in a more workable piece of tax reform legislation? This is an interesting question, but, for now at least, it’s one best left to the pundits and academics, as we have other, more pressing matters to attend to. The Tax Cuts and Jobs Act (TCJA) and the nearly 1,500 pages (and counting?) of implementing regulations are very much our front and center. TEI’s strategy to assist its members in understanding and implementing the TCJA’s statutory and regulatory architecture is twofold. First, in the advocacy space, under the leadership of the tax reform task force, TEI members are studying the regulatory output to identify the technical, interpretative, and administrative issues of most concern to them and are crafting comments reflecting problems and proposed solutions. Second, we are actively preparing agendas for our upcoming IRS and Treasury liaison meetings, which will also largely focus on the TCJA. Your input is vital to these efforts. Please contact Emily Whittenburg or Watson McLeish to share your thoughts on the regulatory issues of particular concern to you. In the continuing education area, every TEI conference, seminar, and school has been recalibrated to integrate applicable statutory, regulatory, and policy dimensions of the TCJA. For example, TEI’s 69th Midyear Conference (March 31–April 3) is themed “Navigating the TCJA Regulatory Framework: Questions and Quandaries,” and our financial reporting seminar (May 29–30, Denver) will focus on “The Implications of Tax Reform on Your Financial Statements.” Please take full advantage of TEI’s comprehensive array of TCJA-focused educational programs. To review the complete educational calendar and to register, go to www.tei.org.

One final point. The last major piece of American tax reform legislation, the Tax Reform Act of 1986, was enacted over a generation ago during a period of divided, albeit more functional, government. What, if anything, that history augurs for the 116th Congress in terms of tax reform 2.0, tax extenders, or perhaps maybe some plain old technical corrections is really anyone’s guess.