California is a state of overflowing abundance. From technology to entertainment to produce, the state has it all and then some. So when it comes to tax agencies, why would California stop at one?

The FTB, for example, has seven divisions.1 The divisions, in turn, break down into multiple bureaus. Its legal division alone has ten bureaus.2 Similarly, the CDTFA has its own divisions (seven) and bureaus (though, for comparison, its legal division has a mere four bureaus and one section).3 Consequently, understanding—let alone navigating—the layers of bureaucracy is no small feat for taxpayers that seek to resolve a California tax controversy, whether through administrative protest and appeals processes or by means of settlement negotiations.

In many states, the counterpart from the department who handles a taxpayer’s protest or appeal also has authority to negotiate a settlement. Not so in California. Many states may issue a substantial assessment against a taxpayer and then settle for ten or twenty cents on the dollar during the administrative process. Again, not so in California. Here is a brief overview of the settlement process in California, followed by key considerations for taxpayers seeking to resolve matters through that process.

Who Handles Settlements of Tax Controversies?

Perhaps the most unique—and surprising—aspect of the administrative settlement process in California is the designated agency settlement bureau structure. The FTB Settlement Bureau, for example, is the only bureau within the FTB empowered to implement the agency’s statutory authorization to resolve matters on the basis of the risks and hazards of litigation.4 This is unlike the situation in most other states, where the attorney or representative across the table is willing—and authorized—to engage in traditional settlement negotiations during the administrative process. In contrast, an FTB protest hearing officer can resolve a case on a principled basis only. In other words, a taxpayer must sway a hearing officer to accept its position by applying the law to the facts.
As a practical matter, this means that there is no splitting of the proverbial baby on a particular contested issue.5 If a taxpayer facing an assessment wants to cut a deal or “make it go away,” then the FTB Settlement Bureau is the only option.

How Is Settlement Started?

To initiate settlement discussions, a taxpayer must submit a request for the matter to be accepted by the FTB or CDTFA Settlement Bureau. Importantly, acceptance is discretionary, and there are a number of reasons that either settlement bureau may reject a taxpayer’s request. To begin with, statutes limit the types of matters eligible for settlement. The bureaus can accept only claims for refund or deficiency matters that are at protest/on petition for redetermination or on appeal before the OTA.6 Deficiency matters still under audit are not eligible. Also, as discussed below, cases must be fully factually developed, and an agency may refuse to settle certain issues.

How Long Does Settlement Take, and How Does It Affect Your Tax Controversy?

Once the matter is accepted for settlement consideration, the pending protest, petition, appeal, or refund claim is effectively put on hold for the duration of the settlement process. The FTB Settlement Bureau has an internal policy to process matters from acceptance to agreement in principle within nine months.7 And while the CDTFA Settlement Bureau has no similar published timeframe, it seeks to process matters at a similar rate to the extent possible. If no agreement is reached, then the matter picks up where it left off in the administrative process.

Taxpayers may seek to revisit negotiations with the settlement bureaus during the life cycle of a particular matter, provided that the matter is still eligible for acceptance (for example, at protest, on appeal, etc.).8 Last, if a taxpayer exhausts its administrative remedies and brings a refund action in court, settlement still remains a possibility. At that stage, though, any negotiations will be with the California attorney general assigned to represent the agency at trial, not with the agency’s settlement bureau.

With this basic understanding of the settlement process in mind, we turn now to a few tips and considerations for taxpayers hoping to navigate it successfully.

Know There Are Limits

Anecdotally, one hears time and again that California’s agencies—the FTB Settlement Bureau in particular—will not give taxpayers more than fifty cents on the dollar.9 We have seen taxpayers break through the purported fifty percent ceiling with the FTB, but only rarely. We have seen taxpayers achieve greater success with the CDTFA Settlement Bureau in securing higher concessions from the agency, but it can be a battle there as well. While effectively siloed, each bureau must secure final approval for any substantial settlement from agency upper management, and we routinely hear from our counterparts at the respective bureaus how difficult it is to obtain such approval for higher concessions. As a practical matter, taxpayers that have secured concessions of seventy, eighty, or even ninety percent in other states should not enter settlement in California expecting to achieve similar results easily.

Taxpayers seeking settlement should also be aware that the agencies may not settle certain issues. It may be that the agency does not assign any risk to a particular issue—a dead-bang loser (from the state’s perspective) is not going to get a taxpayer anything in settlement. Additionally, both the FTB and the CDTFA typically will not settle an issue on which the agency wants a ruling, whether from the OTA or the California courts. Taxpayers with such issues either will be refused acceptance into a settlement bureau if that is the only issue to be settled or will not be awarded any concession on such issue(s) in a multiple-issue case.

Know the Rules of the Settlement Game

It is important to keep in mind some basic practices of both agencies’ settlement bureaus as well as some key differences. For example, both the FTB and the CDTFA settle tax years or tax periods, not individual issues. This means that a taxpayer challenging a corporate franchise tax assessment by the FTB involving nonbusiness income, apportionment, and credit issues cannot pursue its protest or appeal of the first two issues and attempt to resolve the credit issue at settlement. It is all or nothing. Of course, if a taxpayer wins an issue outright—or concedes an issue—at audit or protest or on petition for redetermination, then that victory or concession will be factored into the tax in dispute calculation for purposes of settling the remaining outstanding issues in a given tax period.

One difference between the bureaus worth noting is that while the CDTFA typically settles based on a combined tax and interest amount (and penalties, if applicable), the FTB primarily settles based on tax. For the FTB, deficiency interest is a mathematical calculation that follows as a result of tax due, as do certain penalties like the large corporate understatement penalty (LCUP). Because the LCUP is a strict-liability penalty,10 it cannot be waived or otherwise disposed of during negotiations. This methodology does present opportunities for matters spanning multiple years, however. Depending on the specifics, we have had success allocating tax due under a settlement to particular years, thereby reducing, if not eliminating, the LCUP and mitigating interest. In contrast, the CDTFA’s approach accounts for the nature of sales and use tax reporting, which can make it very difficult, if not impossible, to apply a particular concession across issues and periods.

Additionally, both agencies take care to maintain the confidentiality of the settlement discussions within each agency itself. In other words, what happens at settlement stays at settlement. Indeed, the FTB requires all participants in the settlement to execute a nondisclosure agreement, ensuring that the details of the discussions and any information provided cannot be disclosed by either party or used by the other party in any future proceedings, whether before the FTB or the OTA or in court. The settlement bureaus are truly siloed in this regard, a condition that facilitates open discussion and negotiation between the parties.11

Each agency’s settlement bureau accepts only factually developed cases. Neither is intended to be a fact-finding forum or is tasked with conducting, let alone equipped to conduct, audits. The bureaus do not issue information and document requests, but review the facts as developed at audit and on appeal to evaluate the risks and hazards of the parties’ respective positions.

Where the matter is at protest with the FTB, before the CDTFA’s Appeals Bureau on a petition for redetermination, or on appeal to the OTA tends to be immaterial. However, taxpayers filing refund claims must allow time for auditors to work up the claim before seeking to move the matter to settlement. Additionally, taxpayers already in settlement that seek to raise a new issue may be removed from settlement to allow for appropriate factual development. Prior to accepting a matter, the settlement bureaus regularly inquire into the matter’s status with the agency representative currently handling it, such as the FTB protest hearing officer.

Taxpayers seeking settlement can communicate with the relevant agency representative to ensure that the matter is sufficiently developed to be accepted.

Know (and Agree on) the Amounts at Issue

Invariably, one of the first items addressed during settlement negotiations is the total tax in dispute—that is, how much are we fighting over? Before any meaningful discussions can be had, the taxpayer and the agency must agree on the tax “bookends”—how much tax or refund is due if the agency wins 100 percent and how much is due if the taxpayer wins 100 percent. Only after such numbers are agreed upon will the parties be able to negotiate relative concessions on an apples-to-apples basis.

In the case of a straight deficiency assessment, the answer is often plain: it is the assessment amount. Refund claims can complicate matters, though, particularly where there is a deficiency assessment for the same tax period. We have seen settlement negotiations nearly derailed by a disagreement over the numbers, and others where addressing the merits takes weeks but addressing the tax in dispute takes months. Having calculations and supporting schedules handy at the outset of the process will help a taxpayer save time and resources by heading off any potential—and possibly fatal—disputes over the tax at issue.

Navigating a matter through the FTB Settlement Bureau or the CDTFA Settlement Bureau can be tricky, particularly for taxpayers that are used to resolving matters with the revenue departments of other states. Unfortunately, there is no easy avenue to making a matter go away or to simply cutting a deal in California. But with proper guidance and an understanding of the processes, it remains possible to avoid protracted and expensive administrative appeals or litigation and to reach favorable resolutions with the agencies through the siloed settlement bureau structure. 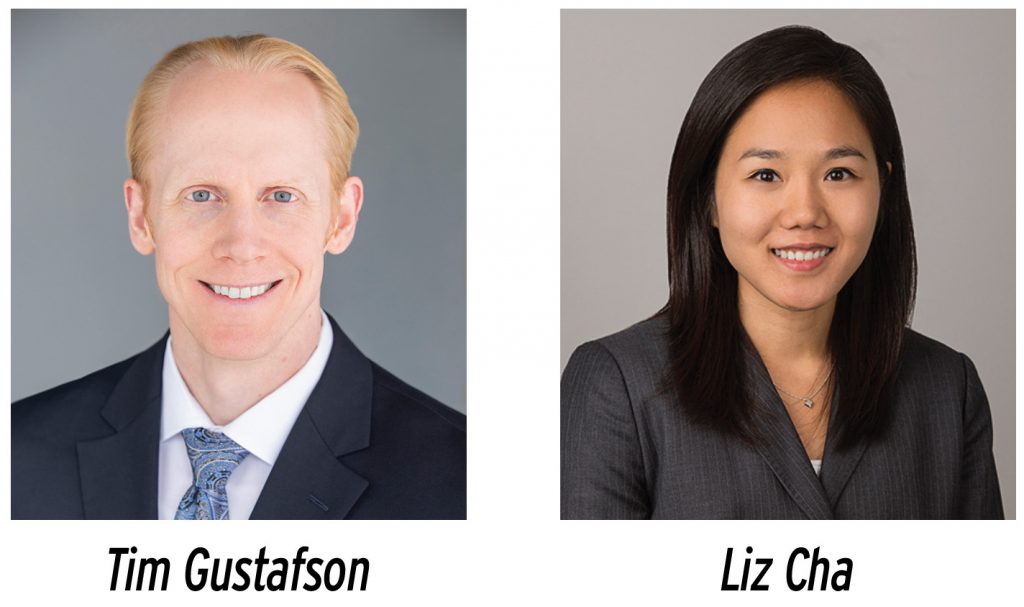 Tim Gustafson is a partner at Eversheds Sutherland (US) LLP in Sacramento, and Liz Cha is counsel at the firm’s Washington, D.C., office.

Use Right Tools and Collaboration to Manage BEPS 2.0  On July 1, 2021, we witnessed history as more than…Cathy Stevens Cathy Stevens says it’s a myth that being a tax…Interview With IRS Deputy Chief Information Officer Kaschit Pandya To keep current on tax issues, TEI members always like…Demystifying the Settlement of California Tax Controversies California is a state of overflowing abundance. From technology to…TEI Roundtable No. 38: The Tax Department of the Future   What does the tax department of the future look…The Sixth Circuit’s Whirlpool Opinion—What’s the Impact? The US Court of Appeals for the Sixth Circuit issued…