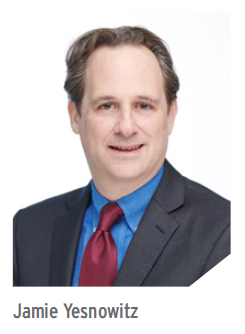 Calculating how to source sales to determine a company’s state corporate income tax sales factor (and overall apportionment factor) drives how much that company ultimately will pay in tax to the states. The basis of the economy has shifted over time from the sale of goods toward the sale of services and intangibles. As a result, sourcing sales of items other than tangible personal property has become crucial. States have developed several different sourcing approaches to account for these sales, including cost-of-performance measures and market-based sourcing methods.

Question: What’s the difference between cost-of-performance and market-based sourcing?

Answer: Calculating how to source sales for purposes of determining a company’s state corporate income tax sales factor (and overall apportionment factor) drives how much that company ultimately will pay in tax to the states. As the economy has transitioned from primarily selling goods to selling services and intangibles, the methods by which such sales of items other than tangible personal property are sourced have become very important. States have developed several different approaches to locate the sourcing for these sales. Some states source via cost-of-performance measures, whereas others look to market-based sourcing methods.

In contrast, market-based sourcing generally looks to the location of the taxpayer’s customers, which may be obtained in a number of ways. Depending on a state’s rules, sales may be sourced through the location where the customer receives the benefit of the service, the actual delivery location of the service, the customer’s ordering or billing address, or even a reasonable approximation in some cases.

Given the lack of conformity among the states in this area, there are many situations in which taxpayers performing similar businesses could be treated very differently. The extreme “across the river” example that often occurs in Maryland and Virginia is instructive. Assume two businesses—Company A and Company B—are in the same service-based industry, receive all of their revenues from that one service, and each operates out of one main office. In addition, assume that Company A and Company B are so similar that their customer bases are identical—for both, seventy-five percent of their sales come from customers located in Virginia, whereas twenty-five percent of their sales come from Maryland customers. The only difference between Company A and Company B is that their main offices are separated by the Potomac River. Company A’s office is based in Bethesda, Maryland, whereas Company B’s office is just across the river in Arlington, Virginia.

To calculate their overall apportionment and aggregate state corporate income tax liabilities in Maryland and Virginia, the sales factor sourcing methods that Company A and Company B must use will be vastly different. Company A will utilize market-based sourcing in Maryland, resulting in a twenty-five percent Maryland sales factor based on the location of its customers. Company A will utilize all-or-nothing cost-of-performance sourcing in Virginia, likely resulting in a zero percent Virginia sales factor because the vast majority of Company A’s costs (including its payroll and property) are located in Maryland, not Virginia.

Company B won’t do nearly as well overall. Company B will be required to use market-based sourcing in Maryland, attaining the same twenty-five percent Maryland sales factor as Company A based on customer location regardless of Maryland’s changes to its overall apportionment formula. However, Company B’s use of cost of performance will have worse results. Because the vast majority of Company B’s costs are located in Virginia, a 100 percent Virginia sales factor likely results. Since Virginia continues to apply a payroll, property, and double-weighted sales factor in its apportionment formula, Company B’s overall apportionment percentage is likely to be close to 100 percent. There’s likely a level of double taxation in play here.

A recent decision by the Virginia Supreme Court addresses this situation from the perspective of Company B. In Corporate Executive Board Co. v. Virginia Department of Taxation, the Virginia Supreme Court addressed the apportionment quandary of an Arlington-based service business with a national customer base.1 The taxpayer argued that statutory apportionment that applied cost-of-performance principles was inequitable and requested alternative apportionment from the Virginia Department of Taxation. The department denied the request. The Court held for the department, finding that the taxpayer could not prove the statutory formula was inequitable, even though the taxpayer showed that double taxation resulted from Virginia’s statute and from statutes applied in other states. The Court reached this conclusion in part because the taxpayer could not prove that the inequity was attributable to Virginia’s statute rather than to the fact that other states have unique allocation and apportionment methods.

It is very difficult for every state that imposes a corporate income tax to act in concert and implement components of its taxing systems with complete uniformity. The Multistate Tax Commission (MTC) has tried to promote uniformity in state taxation by developing model laws and regulations. The MTC recently adopted changes to the Multistate Tax Compact and its associated regulations addressing allocation and apportionment. With respect to sales from items other than tangible personal property, the MTC shifted from the historic cost-of-performance rule to market-based sourcing. As far as sales from services go, the new rules require sourcing to the location where the services are delivered to the customer, although many alternative sourcing rules could apply depending upon the particular characteristics of the sale.

Although the MTC’s efforts in this area are laudable, many states, including California and New York, have already implemented market-based sourcing methods that do not completely align with the MTC model rules. It is unlikely that these states will change over to the MTC’s system unless they think their own systems are inadequate. Even if no state had acted prior to the MTC’s guidance, the arduous process of enacting new laws and adopting new regulations to conform with such guidance would be difficult, likely taking many years to complete. This is true for the simple reason that legislative and administrative mechanisms generally do not move quickly unless an issue is deemed urgent. When the revenue effect of this type of complex policy shift is difficult to calculate and may affect industries in markedly different ways, the timeline for change extends even longer, and the ability to move forward uniformly becomes more difficult.

States are continuing to creep toward a world in which the general concept of market-based sourcing, along with single-sales-factor sourcing, predominates. But full uniformity won’t happen in the span of one year of state legislative sessions. More likely, a couple of states will succeed in their state-specific reforms and enact legislation. At the same time, courts will continue to parse through and decide high-profile controversies mainly involving the older cost-of-performance regime, including how to calculate this measure through technically sound cost studies and the like. In addition, in jurisdictions that have retained cost of performance, state tax departments (and in some instances, taxpayers) could take the position that market-based sourcing identifies the costs of a taxpayer more easily than a pure cost-of-performance approach does. In short, properly reflecting how to source sales from revenue streams like services will continue to challenge taxpayers and state tax authorities alike.

Jamie Yesnowitz is a principal at Grant Thornton LLP.