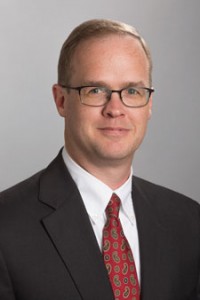 At Duke Energy Corporation, Director of State Tax Cooper Monroe keeps state and local tax (SALT) an essential ingredient in his corporate tax law diet. But instead of causing hypertension and increased use of a sphygmomanometer, commonly known as a blood pressure gauge, Monroe’s SALT experience moves the needle in another direction—toward job-satisfaction.

“Almost anything you do that changes state tax is a permanent change to the bottom line. You spend a lot of time in the federal tax area chasing temporary differences for the time value of money. The challenge, of course, with a large, multistate corporation is keeping up with so many state jurisdictions,” he explains.

Monroe, who has been in his position at Duke Energy since January 2007, is responsible for state income tax planning, tax policy, and compliance, as well as audit and tax controversy work for the corporation.

Duke Energy, the largest electric power company in the United States, supplies and delivers electricity to approximately seven million customers in the Southeast and Midwest. The company also distributes natural gas in Ohio and Kentucky. Its commercial power and international businesses operate diverse power generation assets in North America and Latin America, including a growing renewable energy portfolio. Headquartered in Charlotte, N.C., Duke Energy is a Fortune 250 company traded on the New York Stock Exchange under the symbol DUK.

“I sort of stumbled inadvertently into the tax area,” Monroe says. Monroe began his career in the controllers area working on GAAP fixed-asset issues. “The big plus of that work was that you became very familiar with the fundamental operational aspects of a capital intensive business like a public utility. It’s a great base to grow a career, because many other areas of the business use that knowledge as a starting point,” he says.

Monroe was then recruited into the tax department to work on a tax fixed-asset implementation system—basically an automation effort. As Monroe puts it, “In the tax department, I’ve worked through a series of jobs that included income tax accounting, federal compliance, developing and implementing federal tax-planning initiatives, advising business units on tax-efficient structuring of business transactions, and performing tax controversy work at both the federal and state levels.”

In addition to SALT issues, Monroe finds tax policy work extremely interesting. “The complexity of the legislative process is fascinating,” he says.

Any area that depends on valuation seems to attract controversy, says Monroe. “I spent a good part of my career in the federal tax area and saw it with § 482 transfer-pricing controversies. The highly factual nature of establishing an arm’s-length price when controlled parties are involved breeds disagreement,” he explains.

Returning to SALT again, Monroe says that transfer pricing has become a major focus at the state tax level recently. And an organization like TEI is uniquely positioned to address it, according to Monroe. “No other tax organization I know of combines the focus of federal, international, and state tax. It’s really beneficial on an issue like transfer pricing to have all three disciplines in one organization. There are other examples besides transfer pricing, but the sweet spot of TEI is the ability to cross all disciplines,” he notes.

Monroe was surprised at the difference between the federal and SALT worlds. “There’s lots of precedents in the federal tax area on most issues. On the state income tax level, some states offer very little guidance.”

“No other tax organization I know of combines the focus of federal, international, and state tax. It’s really beneficial on an issue like transfer pricing to have all three disciplines in one organization.”      —Cooper Monroe

It’s been a challenging and rewarding job at Duke Energy, according to Monroe: “We spun off a significant part of our business recently and had to rebuild the tax department from the ground up. It’s been an interesting process to be a part of. Our department has grown by about forty employees from about twenty-five over the last few years, and we’ve dealt with a demographic shift. The average age of our department has gone down dramatically, and that’s posed challenges in balancing work and training. It’s meant lots of work, but it’s gone better than I could have imagined.”

Looking at the future of TEI in regard to SALT, Monroe is bullish about the inaugural Advanced State and Local Tax Controversy Seminar in San Francisco as part of TEI’s Audits and Appeals Seminar in May. “The overlap between federal and state audits can be significant, so I think it’s a great idea to join both the federal and state aspects of audits and controversies into one block of training,” he says.

Key Achievements: My biggest shared achievements are my three kids—Blake, Madeline, and Emily. Blake recently graduated from Brown University with a chemistry degree; Madeline will graduate this spring from Carnegie Mellon University with a dual degree in materials science and biomedical engineering; and my youngest daughter attends the North Carolina School of the Arts (a magnet school for the arts), where she plays the violin.

Hobbies: Assisting my wife with refurbishing old homes. She’s a pro at it; I just do what she says.