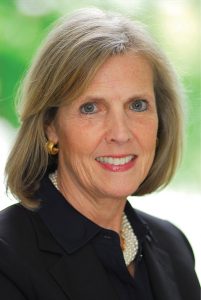 Cathy Stevens says it’s a myth that being a tax professional means you have very little interaction with other people. On the contrary, say Stevens, director of domestic taxes at Brunswick Corporation: her involvement in controversy and incentive work allows her to meet with other corporate business units and learn all about their operations. “Seeing how products are manufactured from start to finish is very interesting to me. Working in tax allows for the perfect blend of planning and problem-solving,” she explains.

Before Brunswick, Stevens worked at PwC. Her public accounting experience taught her valuable lessons, including the importance of listening and forging relationships. “While working in public accounting,” she says, “one client was a very fast-growing company whose financial team had a hard time keeping up, which impeded our access to solid financial data to prepare their tax return. This client was overburdened and not easy to work with. I was assigned a particular issue to meet with the client about, and during the initial meeting, I saw firsthand how good communications skills (and a little empathy) could improve the relationship and ease the work burden on both our clients and my team. My efforts were recognized by my superiors after the client visit, and I have tried to focus on refining and utilizing my interpersonal skills since then.”

Stevens is thrilled to work at Brunswick, a leader in recreational boats and equipment. “Brunswick is a well-established, well-regarded publicly traded company, and I like their lines of business,” she explains. “I found the idea of working for a fun company very attractive. Brunswick has a reputation of attracting, developing, and retaining talented people, and the long tenure of the tax department staff at the time of my arrival demonstrated that.”

Stevens works in the state and local tax and the federal tax areas. “At one point,” she says, “I wanted to focus on state taxes because I thought there was more opportunity for planning and thought it was more complex, in that each state’s laws are different. I now appreciate that they both have interesting aspects and enjoy being involved in both federal and state. And I think my dual perspective serves the company well.

“I am most proud of the instances where I have been able to work with state and local legislation to achieve reforms to legislation and treatments of credits that would not have been made without [my] and others’ lobbying efforts,” she adds.

One of Stevens’ hallmark successes was when she met with the Oklahoma Senate Finance Committee to produce a change in the law. “When I started working at Brunswick,” she notes, “there were numerous state tax cases in process. I had never been involved in a tax case before and found them to be very interesting. Thinking strategically, being a little lucky, and working cooperatively with all of the states that we have cases with is what ultimately leads to positive outcomes.”

Stevens is unstinting in her praise for TEI: “Judy Zelisko, my previous boss at Brunswick of twenty years, encouraged me to join TEI early on in my career at Brunswick. Being part of TEI not only helped me grow professionally but personally. I met so many colleagues and leaders in my field. The scale of TEI’s network and the incredible access it affords members make it a fantastic platform for seeking advice from your peers as well as providing advice to those in industry and government that could benefit from it. I was able to attend tax hearings and be part of amicus briefs on state tax issues. Being part of TEI allowed me the opportunity to meet over dinner with the chairman of the Multistate Tax Commission, who was a state tax commissioner. The dinner was quite collegial, and the conversation focused on state tax issues of common concern. Afterward, having established a connection, I called on him for help with a tax issue at Brunswick, and he was extremely helpful. TEI’s expansive network—and the opportunity it gave me—allowed me to expand my network to the benefit of my company.”

Timothy McCormally, who worked with Stevens during his tenure as TEI’s executive director, says she’s an example of a member whose professional growth was greatly enhanced by her involvement in the organization. “Cathy greatly benefited from having strong company support, but both locally and at the Institute level she made the most of what TEI had to offer. From planning educational programs to building consensus on often contentious tax issues to mentoring less seasoned tax professionals, Cathy lived the credo of ‘members helping members.’”

Stevens’ first official involvement with TEI was at the national level, where she served first as the SALT Committee vice-chair before becoming the committee chair. “I found working closely with the TEI staff and other members so rewarding I moved on to my local involvement, director, and then moved through the office ranks to chapter president, chapter representative, and now the Region 6 vice president,” she says, adding that she found it a high compliment when she was asked to join the Vision 20/20 task force, which TEI assembled in 2011 to determine the Institute’s development strategy for the next decade. “This project was focused on what TEI should look like in 2020,” she explains.

Stevens spends her free time as a competitive dog trainer with her husband. She describes their all-black German shepherd, Lili, as a very active and intelligent dog. “She’s very playful and has a strong personality, and is very trainable, and we just love her,” Stevens adds.

Things to Know About Cathy Stevens