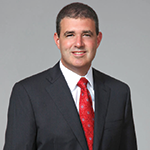 The Washington State Senate recently introduced a bill that would create an independent forum for hearing state tax appeals. This proposal follows the recent creation of the Alabama Tax Tribunal, the Illinois Independent Tax Tribunal, and the Georgia Tax Tribunal. These new tribunals represent significant changes that are improving the state tax litigation landscape.

QUESTION: How will the creation of independent forums to hear state appeals change the state tax litigation landscape?

Answer: Independent tax tribunals are improving the landscape for state tax litigation. Although these tribunals could benefit from further improvements, they represent a significant improvement in the administration of justice and fairness. The Washington proposal has the potential to bring additional fairness and transparency to the state tax community.

Some state tax appeal systems favor state departments of revenue. In these states, taxpayers challenging assessments are required to appeal to an administrative agency controlled or heavily influenced by the same department that issued the assessment. In recent years, states have considered the creation of independent tax tribunals that reassure taxpayers that they will get a fair hearing.

The legislation to create the Georgia Tax Tribunal, an independent executive agency, was signed in April 2012. The Commissioner of Revenue can no longer overturn the administrative law judge’s decision. The creation of the Georgia Tribunal did not replace the availability of alternative forums. Taxpayers still have the option to appeal to Superior Court. However, taxpayers who file in Superior Court, unlike those that appeal to the tribunal, must pay to play, meaning they must prepay, or in this case post a bond, to cover the total amount of tax and any interest and penalties imposed prior to obtaining a hearing.

The tribunal has jurisdiction over a wide range of tax matters, including denied refund claims that previously were required to go to a trial court. The tribunal cannot hear certain property tax cases nor taxes challenged on constitutional grounds. Each tribunal judge is statutorily required to be a licensed Georgia attorney who has practiced primarily tax law for at least eight years.1 Informal discovery is strongly encouraged, but formal discovery is also permitted.2 Finally, decisions are published and precedential.3

In 2014, the Alabama legislature created the Alabama Tax Tribunal, a new, independent executive branch tribunal that was heavily supported and promoted by the Alabama business community, including an Alabama Business Associations’ tax coalition that had long advocated for its creation.

The Alabama Tribunal is similar in several respects to the Georgia Tribunal, including with respect to the lack of prepayment requirements, availability of alternative forums, discovery rules, and publication of decisions, which are precedential.4 Also, similar to Georgia, Alabama Tribunal judges must have “substantial knowledge of the tax law.”5 One unique feature of the Alabama Tribunal is that it may not only hear appeals of disputes with the Department of Revenue but also final assessments of sales, use, rental, and lodging taxes issued by or on behalf of self-administered cities and counties (unless the city or county opts out).6

The new Georgia and Alabama tribunals and other new and proposed state tax tribunals reflect the framework created by the American Bar Association’s Model State Tax Tribunal Act, which was drafted by the ABA’s State and Local Tax Committee in 2006.7

The recent creation of the Alabama and Georgia tribunals reflect important considerations when determining a state tax litigation strategy. The decision whether to pursue an appeal should reflect an evaluation of the following considerations:

The Washington State Senate introduced a bill in January to create a tax appeal division in the state court of appeals.8 The proposed tax division incorporates many of the considerations listed above and significantly improves the tax appeals process in Washington, where appeals are currently heard by the state Board of Appeals. While the current board is an independent forum, it lacks key features of a fair, transparent, and effective tribunal. For instance, currently taxpayers must pay a liability before receiving a hearing before the board, which is comprised of appointees who are not required to have any tax experience.

The bill, if enacted, would create a new tax division and states that “Washington taxpayers have a right to expect their taxes will be fairly assessed in accordance with the law” and that “taxpayers should have full opportunity for settlement and the right to a fair and impartial hearing prior to being required to pay a disputed tax …”9 As an arm of the court of appeals, this new division could hear a range of tax matters and rule on constitutional challenges.

Jeffrey Friedman is a partner and Jessica Kerner an associate in the law firm of Sutherland Asbill & Brennan LLP in Washington, D.C., and New York, N.Y., respectively.